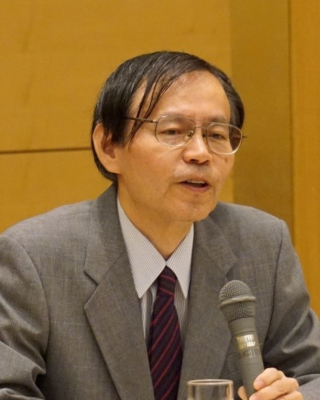 Today I would like to talk about the Japan -Korea Undersea Tunnel Project. This project will connect Kyushu, Japan, and Busan, South Korea, by constructing an undersea tunnel over 230 kilometers in length. What is the meaning and value of this huge project that connects Japan and Korea with an undersea tunnel?

First of all, the Japan-Korea Undersea Tunnel will have a great effect on the economic development of the two countries. There is a supply-chain relationship between Japan and Korea. Japanese companies supply parts to Korea and Korean companies assemble them and export the finished products to the world. However, the natural obstacle of the sea lies between the two countries. If a tunnel is built, Japan's Kyushu and South Korea will be truly one economic zone.  In the future, if railways passing through this tunnel connect the north and south of the Korean peninsula and further extend to the Eurasian continent, greater economic benefits can be expected.

The Japan-Korea Undersea Tunnel can also respond to the increasing tourism demand of both countries. Before the spread of the corona epidemic, the number of Japanese and Korean tourists who traveled between the two countries exceeded 10 million.  Fourfold growth has been recorded over the last 20 years and the number of tourists will continue to grow once the plague of Corona has been overcome.

The number of passengers that can be carried by aircraft is limited. The weather conditions in the Genkai Strait are so unpredictable that travel by ship is unpredictable. Statistics show that every ten days, a jetfoil boat is cancelled due to rough seas.

On the other hand, running high-speed railways in the completed tunnel would allow a large number of people to be transported on time. There is no doubt that this would contribute not only to the distribution of goods, but also to the expansion of tourism.

Furthermore, if a transmission line passes through the tunnel, the mutual exchange of energy between Japan and Korea becomes possible. Jim Rogers, one of the world's top investors, said that this project will generate huge economic value, given the long-term spillover effect across the Asian region.

Next, I also want to talk about the political effect of this tunnel. Japan and South Korea can work together hand in hand, help each other, and join hearts to build the largest undersea tunnel. Through such activities, the Japan-Korea Undersea Tunnel would bring the two countries closer together politically and encourage political co-operation, and the spirit of cooperation of the two peoples would greatly contribute to the peace and stability of Northeast Asia.

The possibility of peace being enhanced through the active interaction of people, goods and information across borders has been confirmed by the research of Professor Karl Wolfgang Deutsch of Harvard University. Deutsch is a prominent international political scientist who theorized that communication and the transport of people and goods has a positive effect on international cooperation. His theory, called transactionalism, constitutes one of the leading schools of international politics.

According to Deutsch, when the cross-border movement of people and goods becomes active, communication networks expand, and economic transactions and exchanges deepen, bringing about changes in the attitudes and perceptions of people. This creates a “we-feeling” among the people of both countries at various levels, and such changes in consciousness will trigger the creation of a secure and peaceful cross-border community that will not allow war.

The increase in the cross-border interaction of information, communication, logistics, and the movement of people deepens the connection between countries, and these interconnections will equalize the stage of economic development and the gap between rich and poor.

Khanna says that if this connection becomes global, middle class globalization, or the middle-classification of the world, will become possible, and to achieve this, it is necessary to carry out projects, such as international highways and undersea tunnels to connect continents separated by oceans and develop communication infrastructures which connect countries to countries, and continents to continents. The theories of Deutsch and Khanna explain the peaceful significance of the Japan-Korea Undersea Tunnel.

In recent years, globalism, which was praised at the end of the Cold War, has been overshadowed, and now countries are raising their national borders again. With the confrontation between the US and China, anti-globalization is getting stronger. However, denying globalism and prioritizing the interests of one’s own country is by no means desirable in achieving world peace and stability. At a time when the threat of anti-globalism is on the rise, it is necessary to take measures to enhance cross-border interactions, such as the Japan Korea Undersea Tunnel.

The cost of constructing this world's longest undersea tunnel, is estimated to be around $ 100 billion and the construction period is about 10 years. Japan has been involved in the construction of large tunnels such as the Seikan Tunnel, the Dover Channel Tunnel, and the Bosporus Strait Tunnel. Given these achievements and the high level technology that Japan has, the construction of a Japan-Korea Undersea Tunnel is technically feasible. Now is the time to make efforts to realize this project.

I would like to ask all of you for your understanding and support of the Japan-Korea Undersea Tunnel project.

Thank you for your time and attention.