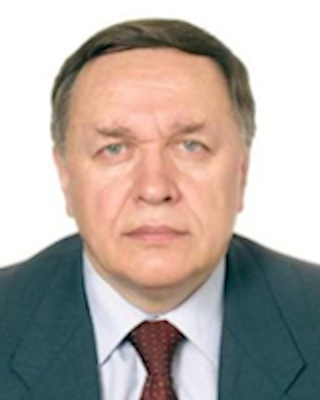 Since 2018, we have witnessed that the DPRK’s foreign policy, contrary to widespread perception in the West of being “unpredictable”, “irrational” and “provocative”, in fact demonstrated a surprisingly high level of consistency, flexibility, pragmatism and the ability to compromise.

While crossing all of the “red lines” in the development of its nuclear and missile programs, North Korea has succeeded at keeping at bay all attempts to achieve both a “hard” and “soft landing” of the regime and preserved its independence.

The expectations of many foreign politicians and experts that the economic benefits that the DPRK would be afforded, in the case where it gave up its nuclear ambitions, proved to be wishful thinking. Moreover, this approach led us away from the essence of the problem. North Korea’s security concerns are a key issue to be addressed, in order to find a solution to the nuclear problem. While paying attention to the economic aspects of settlement, it is necessary to remember that the nuclear problem on the Korean peninsula was caused, first of all, by a security crisis in the region.

Economic factors matter, too, but security considerations were certainly at the forefront for the DPRK’s leadership’s considerations. That’s why the DPRK insists on the conclusion of a war-end declaration, while the pictures of a “bright future” and “prosperity” presented by President Donald Trump and President Moon Jae-in to the North Korean leader during their bilateral summits in 2018-2019 failed to achieve denuclearization.

2. Economic Engagement as a Confidence-building Measure

The mutual respect for the legitimate concerns of the parties in the field of security and the cessation of the economic blockade of North Korea would constitute two absolutely essential elements for better and sustainable relations between Pyongyang and Seoul.

The experience of more than 70 years of inter-Korean relations testifies that the peaceful unification of Korea could be achieved only through a rather long period of their peaceful coexistence. During this period, economic cooperation could play the role of a major trust-building instrument.

At the recent ruling party congress, Kim Jong-un indicated that he understands the gravity of the situation and urgency of addressing his people’s everyday needs. This development provides the world community with new chance to engage with the DPRK in a mutually acceptable and beneficial way.

Only by inviting North Korea to participate in the realization of bilateral and multilateral economic projects could convince Pyongyang that the international community had taken the road leading to the DPRK's gradual and peaceful integration in the existing international political and economic order instead of forcing a regime change scenario on the country.

That is why Russia disagrees with those advocating postponing the practical implementation of multilateral economic cooperation projects until the nuclear problem in Korea is resolved. These projects are also important because their "realization would not only open up new opportunities for business cooperation and economic integration on the Eurasian continent, but would also serve to strengthen confidence, peace and security in the Asia-Pacific region.

Regretfully, the United States and some of its allies, despite their calls for openness and engagement with the DPRK, by their refusal to lift some of the restrictions or soften the sanctions imposed on the country, hinder these processes. In fact, the Biden administration continues to do everything to weaken the regime economically and force it to make unilateral concessions on the nuclear issue.

Experience of dealing with the DPRK testifies that excessive pressure and coercion has led, in the majority of cases, to greater suspicion and hostility, while engagement and respect for certain positions shaped by historical legacies, has brought about cooperation and compromise.

Refraining from actions which make Pyongyang feel insecure, ensuring sustainable cooperation in the economic, cultural and humanitarian fields are necessary conditions for the process of confidence-building between Europe and the DPRK. Now it is very important to move from political statements to practical steps to build trust and refrain from those actions which undermine it. European scholars have already produced several encouraging roadmaps for a greater role of Europe in the settlement of the problems on the Korean peninsula.

Europe could play a significant role in this process. Europeans should bear in mind that because of certain historical and psychological circumstances, for North Korea, it is much easier to deal with the middle powers of Europe than with the overwhelmingly mightier United States.

In attempting to define Europe’s role in facilitating both a solution to the nuclear problem and reconciliation and re-unification between the North and South, it is plausible to suggest the following:

1. The EU should re-establish its high-level political dialogue with North Korea as soon as possible. This would improve the level of trust between the two actors, which would have positive effects, regardless of whether the current negotiations are successful or not. If they are successful, having an existing dialogue will mean that the EU will be able to resume a pro-engagement policy with Pyongyang more easily.

2. Persuade the U.S.A., ROK and DPRK that dialogue is the only acceptable way for achieving both a solution to the nuclear problem and re-unification. Encouraging and supporting dialogue through the EU’s leaders’ joint statements and supporting adoption by the UNSC relevant resolution.

3. Share the EU’s vast experience in working out and implementing confidence-building measures and provide good services in the field to both Koreas. The Agreement on the Implementation of the Panmunjom Declaration in the Military Domain adopted at the North-South summit in September 2018 contains some measures proposed by European experts at SIPRI as early as in 2006. The implementation of the Agreement by both sides would open new venues for adapting certain European CBMs to the Korean situation.

4. Support the partial lifting and softening of UNSC sanctions against the DPRK in accordance with the progress in denuclearization. It is high time for the EU to recognize that the denuclearization of the Korean peninsula should be realized under the principle of simultaneous action, step by step, starting with what we can do first and giving priority to building trust.

5. Explore and develop non-sanctioned fields of bilateral and multilateral cooperation with the DPRK, including humanitarian assistance, capacity building, and technical training of North Korean personnel in various fields. The joint projects initiated by the North and South together should get financial and technical support from European institutions.

Russia is ready for close cooperation with all interested countries, in order to ensure peace, stability and a comprehensive settlement of the problems of the Korean Peninsula on the basis of equal and non-discriminatory negotiations with the participation of