Europe and the Middle East—The fourth session of the August 2021 International Leadership Conference focused on the potential and benefits of trade and business activities with North Korea.

The August 20 session titled “The Potential and Benefits of Trade and Business Activities with North Korea” was held jointly by UPF and its International Association for Peace and Economic Development (IAED).

A total of 156 participants attended the Zoom broadcast, with 305 watching the livestream on the UPF Europe Facebook page and an additional 11,424 viewers on Russian networks.

International trade is a powerful tool for communication and peacebuilding between peoples and nations. However, can it contribute to easing tensions on the Korean Peninsula? With North Korea’s nuclear development seen as a threat by neighboring nations, United Nations sanctions are blocking the country’s trading capacity. 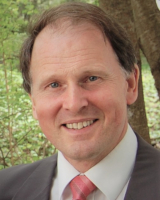 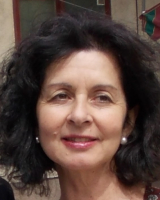 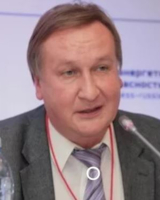 Name and titleDr. Pavel Leshakov, counselor at the Russian Embassy to the Republic of Korea, vice president of the European Association for Korean Studies, and former . economic counselor at the Russian Embassy to the Democratic People’s Republic of Korea (2013-2017), began by stating that the first decade of Chairman Kim Jong Un’s leadership has brought fundamental changes to North Korea’s economic strategy. In March 2013 the “military first” policy of his father, Kim Jong Il, was replaced by “a parallel line of developing the economy and building a nuclear arsenal.” The shift in economic strategy resulted in the dispersed economic management system made up of the Cabinet, the Workers’ Party of Korea, and the military during Kim Jong Il’s rule being replaced by the “unified economic management” system centered on the Cabinet.

There was also a significant increase in the autonomy of enterprises and collective farms through the introduction of the “socialist enterprise responsibility system” and the “farm responsibility management system.” Furthermore, there has been a marketization of the economy through diversification of the country’s distribution mechanism, creation of labor and financial markets, expansion of entities aimed at foreign trade, and promotion of foreign investments.

Moreover, the “dollarization” of the economy was introduced. It took the form of substitution of local currency with stable foreign currencies due to inflation and a long history of economic and financial mismanagement. According to estimates of the Korea Development Institute in South Korea, since 2013 around half of ordinary North Koreans have relied on the Chinese yuan in lieu of local currency for daily economic activities.

To summarize, Chairman Kim Jong Un’s strategy was aimed at achieving economic growth through the expansion of the market system while maintaining the regime’s stability through strengthening the government management over economy. Expansion of actors involved in foreign trade and more autonomy given to trade-related entities boosted foreign trade, which increased by 20 percent between 2012 and 2014. Greater openness to the world market (mainly Chinese) led to a rapid rise in consumer goods and food imports, emergence of a private market network, and growing consumerism enhanced by free circulation of cash in foreign currencies.

Along with exports, the major source of hard currency was North Korean laborers sent abroad to work. All those developments were, in principle, favorable for business activities and potentially beneficial for foreign actors. Yet strict international and bilateral sanctions enforced on the DPRK since 2017 for pursuing its nuclear and ballistic missile program has left little room for North Korea’s engagement with the world economy.

The products North Korea has to offer are all affected by the sanctions. While Dr. Leshakov was in North Korea, Russia had several joint projects in trade and investments with the participation of Russian private companies, but none of those projects was a success story.

The moderator, Ms. De Abreu, then referred to North Korea going from a dispersed economic system to a centralized economic management system, and at the same time increasing the autonomy of enterprises and collective farms. Would this not be contradictory? Dr. Leshakov said he did not think so.

The problem with Kim Jong Il, he said, was that some parts of the economy were invested in the military, and they (maybe) did not share the profits with the government; some industries were managed by the Party, and some by the Cabinet – currently the Cabinet oversees the economy. This is not related to the autonomy of enterprises and collective farms. Collective farms could sell products at the market in Pyongyang, but now, as the situation is going from bad to worse, North Korea might go back to what in Russia was called “military communism” in which the government takes everything from the entities. 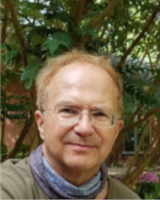 Mr. Herbert Friesacher, Former Agent, Korea Trade-Investment Promotion Agency (KOTRA), AustriaHerbert Friesacher from Austria, a former agent for the Korea Trade Investment Promotion Agency for nearly 30 years, had the opportunity to visit North Korea and carry out research there. He also worked as a journalist for several newspapers. Mr. Friesacher gave some insights into North Korea’s economy, based on the resolutions made by the Eighth Party Congress in January 2021.

Chairman Kim’s explanations do not indicate that pragmatism or market reforms have been chosen as solutions, Mr. Friesacher said. (From 2019 to 2020 North Korea’s imports decreased by 45 percent and exports decreased by 72 percent.)

North Korea is fortunate in having most mineral resources for operating its own metal and chemical industries, he explained, but there is a need for capital, technology, and export markets. Cable broadcasting is being introduced, because it is a convenient way for the state to control the media.

Mr. Friesacher finished his presentation by asking, “Can these resolutions by the DPRK boost business activities?” His answer was: “I doubt it.”

The moderator, Mrs. De Abreu, then asked whether import substitutions will be the main strategy for the next five years and whether the strategy is based entirely on public enterprises or whether it will include an increase in private production activities. Mr. Friesacher answered that compared to South Korea, which has almost no raw materials, North Korea owns an important amount of raw materials that can be used for its industry. However, North Koreans need capital and technology to develop their industry. 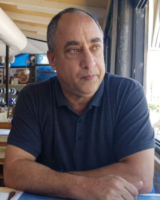 The last panelist, Tal Reshef from Israel, a former director of the Asia-Israel Business Forum and an emerging-markets business consultant and lecturer, said the unification of the two Koreas could have an important (economic) potential. However, there are also many obstacles.

When dealing with a foreign company, one must understand the culture of that country, he said. When dealing with only one person, however, there is the need to focus on psychology to understand that person. Mr. Reshef’s understanding of the DPRK is that it is neither a socialist nor a communist country; it is a personal dictatorship. What is important in North Korea’s case is the will of the person, not that of the country. If we can offer Chairman Kim a solution for his fears (as fear is the strongest motivator), then all the potential can be realized.

The moderator asked, “How could Kim Jong Un be interested in promoting trade and business activities in North Korea?” Mr. Reshef answered that openness will benefit North Korea’s economy. However, North Korea fears that if it opens itself to the world, it may be influenced by ideas from “outside,” particularly from South Korea. Nevertheless, both Vietnam and China opened to the world, despite being communist regimes. Therefore, the way for Kim Jong Un to promote trade and business activities in North Korea is to find a way to open his country without endangering himself.

The session continued with questions from the audience. Dr. Leshakov was asked if we know which part of the economy is receiving the money from North Koreans working abroad. “Could it finance the nuclear buildup?” He replied that due to UN sanctions, this work is now illegal, but earlier the workers would get some money and the state would take the rest. The UN sanctions are now ruining workers who earlier could return with the money earned abroad and start small businesses in construction, car repairs, etc. For the nuclear project there is a greater need for brains than money.

Mr. Friesacher was asked which sector of the economy would be a good fit for business cooperation between North and South Korea? He explained about the Kaesong industrial complex in North Korea (close to South Korea), which started production in 2004 but closed some years ago. A total of 250 companies were established there, and about 50,000 North Koreans worked there. North Korea provided land and labor, and South Korea invested capital, infrastructure, technology, and materials. Kaesong may create the momentum for the Korean peace process.

Mrs. De Abreu then asked all the panelists if they could see a miracle event, some sudden unexpected event, that could spark dramatic changes in North Korea. Mr. Reshef could think only of a coup d’état or Chairman Kim’s passing. Dr. Leshakov said a famous fortune teller has predicted that Korea will be unified. Mr. Friesacher said if North Korea connects more with China, the economy could become more like China’s.

The panelists were asked, “If you were called as an advisor to North Korea (after a change in the leadership) to reform the economy, where would you start and which measures would you take?” Mr. Reshef said that the North Korean regime should develop tools to control communication with the outside world. Mr. Friesacher suggested gathering those (presidents) who have changed Eastern Europe in the past. Dr. Leshakov suggested that South Korea be asked for help: South Korea made miracles by the Han River, so they could help North Korea make miracles as well.

The next question was: “What is the likelihood of the two Koreas being united under the same political regime, and what prospects would that bring?” Mr. Reshef said he had understood that both countries want unification but based on their own system. Dr. Leshakov had noticed that North Koreans are now speaking of coexistence, as Kim Il Sung had suggested: a confederation of two different political systems.

Mrs. De Abreu asked: “Will North Korea adopt the Chinese model in developing special economic zones?” Dr. Leshakov said that North Korea established 13 economic zones in 2013 to attract foreign investors, but it was not successful because of incompetence and also because of stricter sanctions from the international community.

The final question was whether the easiest way to become a developing country is to develop the private sector, and whether there is any expectation that this will happen in North Korea? Mr. Friesacher answered that he was wondering how the people who already are business owners would react to Kim Jong Un’s shift to a more state-owned business policy. Dr. Leshakov said that North Koreans are business-minded. Many who migrated from North Korea have been successful in the South, such as the founder of Hyundai. But the environment is important: If the political environment changes and the sanctions are lifted, Dr. Leshakov thinks there is potential for private development in North Korea.

The moderator, Mrs. De Abreu, thanked everyone for the insightful discussions that made clear the possibilities for sustainable economic development in North Korea. Dr. Leshakov’s final remarks were that North Korea likes to astonish the world. He therefore hopes that North Korea will surprise the world with a rapid development of its economy. Mr. Friesacher said it would be better to work with positive emotions, as former South Korean President Kim Dae-jung (1998-2003) did: Referring to Aesop’s fable, President Kim asked if the north wind or sunshine is more effective. His answer was that sunshine is more effective in bringing North Korea out of isolation.