Europe and the Middle East—The July 2021 International Leadership Conference concluded with a session focusing on the international Peace Road Initiative.

The eighth session, held on July 29, was titled “Beyond Borders: The Peace Road Initiative.” A total of 159 participants attended the “live” broadcast, with an additional 323 viewers on Facebook.

The purpose of the webinar was to explore how a daring idea became the topic of international dialogue and a fuel for promoting peaceful coexistence. The project has gone a long way since its conception in 1981, and every year there are multiple events, activities, and projects under the logo of Peace Road in more than 100 countries around the world.

Participants were presented with the vision of the initiative through actual projects in Albania, Austria, the Czech Republic, Germany, and Russia. 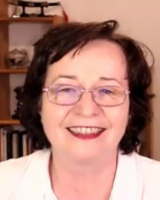 Mag. Elisabeth Cook, president, Family Federation for World Peace and Unification in AustriaThe moderator of the session, Elisabeth Cook, president for Austria of the Family Federation for World Peace and Unification (FFWPU), an organization that is affiliated with UPF, spoke about the historical background of the Peace Road Initiative, starting with the announcement of the International Peace Highway Project in 1981 by the UPF founders. She explained the founders’ vision of a global system of highways, railways and tunnels that connect the world, fostering interdependency and harmony.

Mrs. Cook showed a video about Peace Road activities around the world, all with the single goal of tearing down barriers between communities and countries, including the division between North and South Korea.

Dr. Katsumi Otsuka, Chair, UPF Europe & Middle EastDr. Katsumi Otsuka, the co-chair of UPF for Europe and the Middle East, described the general idea of the International Highway Project, recalling the words of UPF founder Rev. Dr. Sun Myung Moon, stating that the world is spending too much on war and it is high time to get together to work for peace. Reverend Moon had a vision of a tunnel connecting Korea and Japan, as well as another tunnel under the Bering Strait linking the Eurasian continent and North America.

Through the years, the Korea-Japan tunnel has gone through several rounds of development, a process in which UPF-Japan played an important role, having formed the National Promotion Movement for Undersea Construction.

Dr. Otsuka emphasized that the Peace Road goes beyond mere political benefit or international recognition: It enters a spiritual realm in which the value it represents is in the spotlight: tearing down walls and linking the people of the world. This value-based approach already has brought successes in Japan, and the project even traversed the borders of North Korea through a Russia-organized biking event.

Answering questions from the audience, Dr. Otsuka said, “If we understand each other, we can realize peace.” Communication is key in the peacebuilding and reconciliation effort, he said, and the Peace Road is an essential tool in forming such a dialogue. 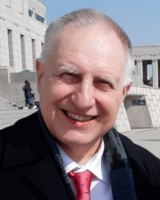 As an example of that, he described a recent Peace Road event that was a joint project of three neighboring nations—Austria, the Czech Republic, and Germany—which share a common but sometimes stormy history. All three countries need reconciliation due to the acts of the Nazi regime during the Second World War and the divisions during the Cold War, he explained. Although these countries overcame the past and now participate in European cooperation, there is still one nation in the world that is a victim of the ideological division between democracy and communism: Korea.

Dr. Lajda expressed his hope that one day the Korean people can unite just as the three nations did; that North and South Korea can overcome the obstacles of their shared history; and that the Peace Road can send a strong signal of hope for all Koreans.

Asked about the effectiveness of such signals and the practical steps of Korean reunification, Dr. Lajda explained that the Peace Road fosters power and enthusiasm that motivate its participants to expand the scope of the project and impact people around the world. He followed this statement with a practical example of the two Koreas needing to overcome their own prejudices—something for which the Peace Road can be a platform—to create an environment that can support peaceful reconciliation.

Click here for the intervention of Dr. Juraj Lajda 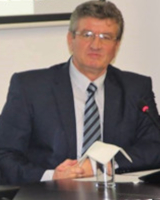 Mr. Ali Laçej, Coordinator, Albanian Peace Council, AlbaniaMr. Ali Laçej, the president of the Albanians Peace Council (which represents the Albanian diaspora), talked about the Balkan Peace Road event of 2018 in the Western Balkan region. Participants from Albania, Montenegro, Kosovo, North Macedonia, Serbia, Bosnia & Herzegovina, and Greece joined together with participants from 12 other countries to share the experience of the Peace Road bus. Mr. Laçej explained that the Balkan Peace Road included events throughout the peninsula, from Tirana through Podgorica to Peja and even the Albanian Parliament.

Mr. Laçej pondered how the Balkans, a historically divided region full of conflicts, developed into a place where three monotheistic religions, several languages and ethnicities live together and the connection between people remained. He emphasized that the Balkan Peace Road encourages all religions and cultures to coexist in harmony, creating bridges among the peoples. “Without peace, you cannot have development,” he explained.

Regarding Albanian-Korean relations, Mr. Laçej said that the two countries, despite the physical distance between them, have a lot of common elements in history regarding the legal system and the series of occupations. Nations like that share a profound common wisdom, he said. “If you want to learn the highest truth, don’t ask the highly educated; ask the one that knows suffering,” he said.

Click here for the presentation of Mr. Ali Laçej 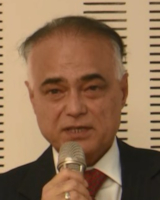 Dr. Afsar Rathor, President of LIOS, AustriaDr. Afsar Rathor, the president of the ecological non-governmental organization LIOS-SOIL and a former UN official, started his talk with the words “Peace cannot be achieved without reconciliation.” He pointed out that one key element of lasting peace, the concept of human rights, often is misused for political benefit and for creating division among people.

Dr. Rathor spoke of his personal experiences while serving in the UN peacekeeping mission in Rwanda during the 1994 genocide. Although the massacre that took place between the Hutu and the Tutsi peoples was devastating, it was not insurmountable, he said. The two peoples managed to achieve proper reconciliation, which led to higher life expectancy, lower child mortality rates, and GDP growth. Thus, reconciliation brought peace and peace brought development.

As a message for future generations, Dr. Rathor concluded his speech by saying that the road to peace leads through forgiveness, forgetting the past, and looking into the future without prejudice.

Asked how the Peace Road Initiative can contribute to Korean reunification, Dr. Rathor explained that reunification cannot take place through military means. It needs to be based on dialogue, and this dialogue should take place in North Korea. 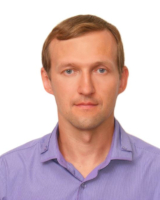 Mr. Dmitry Samko, Chairman, Universal Peace Federation-Moscow, Russian FederationDmitry Samko, the coordinator of Peace Road in Russia and the chair of UPF-Moscow, stated that even decades after the First World War, international conflicts and polarization still dominate relations between the East and the West. As a possible solution, he quoted UPF founder Sun Myung Moon, who presented the International Peace Highway as a grand project that will bring the world together.

Mr. Samko reminisced about the first Peace Road programs that took place in Russia, an initiative that grew larger by the year and eventually connected Pyongyang and the DPRK to the project too. He emphasized that this is but the start of a bigger project. A more comprehensive involvement is required to bring about such enormous goals as the reunification of North and South Korea or the interconnectedness of the globe, he said, and every person is important in that effort. He emphasized that all individual contributions count. “The day is not far off when we will be able to run and visit each other without visas or limits,” he said, quoting the founder.

Asked about the feedback on Peace Road Russia activities, Mr. Samko said that the DPRK Agency in Moscow welcomed the efforts of the organizers and invited them to connect the DPRK once again to their planned route. He also said that UPF-Russia currently is planning a huge Peace Road event from Europe through the Balkans, Russia and all the way to Asia.

Click here for the presentation of Mr. Dmitry Samko

Mr. Jacques Marion, Co-chair, UPF Europe & Middle East, FranceMr. Jacques Marion, the co-chair of UPF for Europe and the Middle East, concluded both the final session and the July 2021 International Leadership Conference. Throughout the eight sessions, he said, esteemed speakers from different fields of expertise, cultures and religions offered their wisdom, giving hope for Korean reunification.

He announced a third series of webinars from August 19 to 21 on the theme of economic development and peace, and on the impact of worldviews on conflict resolution on the Korean Peninsula.

Dr. Michael Balcomb, Regional President, FFWPU Europe and the Middle East, United KingdomDr. Michael Balcomb, the regional president of FFWPU for Europe and the Middle East, offered closing remarks. He explained that the problems we experience in the world haven’t changed much throughout history. He likened the border between North and South Korea to the path of the famous Hadrian’s Wall, which is the route of the 2021 Peace Road in the UK. With roughly the same length as the Korean border, Hadrian’s Wall divided the island of Great Britain 2,000 years ago.

Summarizing his realizations throughout the series of webinars, Dr. Balcomb explained that, without doubt, governments haven't accomplished much in bringing about peace on the Korean Peninsula. He emphasized however, that civil society groups—be they religious groups, humanitarian organizations, entrepreneurs, women, or the youth—should not be dismayed because of this and should not hesitate to take action for the noble cause.

According to the patterns we see, Dr. Balcomb said, hard-power efforts have made little difference; soft power is required with the necessary openness and dignity accorded to all sides. He stressed the importance of the cumulative efforts of all people that can bring about true difference and emphasized that we need to build bridges, not walls.

He explained that he had participated in a number of peace rallies in Berlin over the years, calling for the end to Germany’s division. He often felt his efforts were futile, but eventually the Berlin Wall came down. “Peace starts with me,” he said, quoting UPF co-founder Dr. Hak Ja Han Moon to conclude the ILC, saying that he believes our cumulative efforts, including those of UPF, are making a difference.