ILC2021-7 Session 6 - Talking to the Heart: Culture as Peacemaker

David Fraser Harris, the UPF secretary general for the Middle East
Dr. David Eaton, a composer, conductor, and producer who currently is based in Korea
Dr. Seung-ho Lee, the president of the DMZ Forum
Mrs Natalya Karpova, a deputy of the Municipal District of Khasan in the Russian Far East
Dr. No Hi Pak, senior advisor to UPF-Korea and the former managing director of the Little Angels Children’s Folk Ballet of Korea
Session VI panelists
The panelists with the webinar organizers

Europe and the Middle East—The sixth session of the July 2021 International Leadership Conference focused on the power of arts and culture to bring unity to the Korean Peninsula.

The sixth session, held on July 28, was titled “Talking to the Heart: Culture as Peacemaker” and was organized by UPF and its International Association of Arts and Culture for Peace (IAACP).

A total of 95 participants attended the “live” broadcast, with an additional 330 viewers on Facebook.

The panelists of Session VI explored ways that culture could bridge division, with particular emphasis on the power of art and culture to forge unity and harmony on the Korean Peninsula. 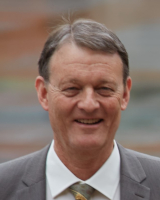 Mr. David Fraser Harris, Secretary General, UPF Middle East and North AfricaDavid Fraser Harris, the UPF secretary general for the Middle East, opened the session by quoting UPF co-founder Dr. Hak Ja Han Moon: “People often think that politics moves the world, but that is not the case. It is culture and art that move the world. It is affection, not reason, that touches people in their innermost being.”

“Is your heart ready?” Mr. Fraser Harris asked the audience, with the hope that this session would provide more than talk and would open each participant’s heart. 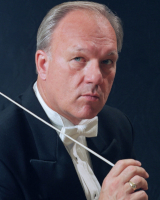 Dr. David Eaton, Composer, Conductor, Producer, USA/KoreaDr. David Eaton, a composer, conductor, and producer who currently is based in Korea, was the first speaker. Before his talk, the participants watched a short video that showed Dr. Eaton in 2007 conducting the Belgrade Philharmonic Orchestra in a performance of his original score All the Holy Children.

In his presentation, Dr. Eaton framed the vision of his work in the Greek—and particularly Platonic—concept of the unity and interrelatedness between beauty, truth, and goodness.

There is a philosophical dimension of art as something being placed in the world, he said. Artists don’t create in a void, but in relation to their culture and society. Therefore, artists have a certain moral obligation to contribute to building a better society.

He recalled his personal experience in the intersection between the arts and peace movements. Between 2003 and 2011, he traveled to Israel to work on several musical projects related to peace. These projects in the Middle East created powerful communal experiences through music. A simple chant—“Peace, shalom, salam aleykum”—brought together people of all backgrounds at a very tumultuous time in Israel.

“It is not a matter of just talking about art, but about producing art that can bring change,” Dr. Eaton said. Artists have the power to make a change, and they do so by creating beauty. Dr. Eaton described his conducting the New York City Symphony in benefit concerts for the Harlem Boys Choir and Harlem School of Arts.

Through his presentation, the audience came to know other artists committed to peace, such as Seiko Lee, a Japanese soprano who has performed five times in North Korea, or Israel’s David D’Or, a countertenor who has worked closely with Dr. Eaton around the world in this spirit of peace and reconciliation. 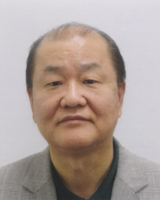 Dr. Seung-ho Lee, President, The DMZ Forum, USADr. Seung-ho Lee, the president of the DMZ Forum, is the driving force behind a project to develop a naturally protected environment in the area of the Demilitarized Zone. The idea is to approach North-South Korean relations and potential reconciliation through the creation of a neutral natural touristic area. After all, he said, tourism is an expression of culture and not just economy.

Dr. Lee’s presentation reflected on the deep reasons behind such an apparently simple project. He began with a reflection on Juche, the DPRK’s ideological base, as the expression of North Korea’s mindset, not just politically but also toward economic struggles and hardships in general.

“Who can take off North Korea’s nuclear cloak? The wind or the sun?” Dr. Lee asked, referring to the United States’ “wind” policy toward North Korea in trying to make the country denuclearize. It is important to consider that North Koreans come mostly from military-oriented backgrounds, he said, from a time previous even to its internal division. Historically, North Korea always has been suspicious of neighboring empires, with a clear hostility toward the Japanese empire during the decades it occupied Korea.

Therefore, it is no surprise that North Korea considers the DMZ to be a symbol of US imperialism, Dr. Lee said. Juche focuses on values of independence and autonomy, showing the strength of the North Korean people in the face of all kinds of economic crises. It is so deeply rooted, he said, that no matter how hard the conditions become, the regime will not collapse from external causes.

Dr. Lee proposed that we should aim at a “sun” strategy or project—for example, by empowering North Korea to raise the standard of its national tourism, allowing foreigners to enter and its citizens to come and go more freely. Tourism is, after all, a natural way of cultural exchange, he said. The DMZ project, which aims to develop a protected natural area in such a particular geographical location, would support the most trending ecological values, reducing carbon emissions, protecting the area’s fauna and flora, creating better roads and highways, and allowing visitors to experience Korea’s beauty.

Dr. Lee has visited North Korea several times and has seen for himself the inner potential to close the gap between North and South. He saw this potential not only in his own travels, but also in changes in the regime. He attended a church service in North Korea where, despite the church being under the political control of the regime, he could feel the presence of the Holy Spirit in the chants and songs of the congregation. It is, after all, through the guidance of a higher spirit that the distance between the North and the South can be reduced, he said.

Click here for the presentation of Dr Seungho Lee 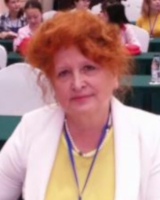 Mrs Natalya Karpova, Deputy, Khasan Municipal District, Russian Far EastMrs. Natalya Karpova, a deputy of the Municipal District of Khasan in the Russian Far East, close to Russia’s borders with China and North Korea, gave a broad view of Russian-North Korean relations from the perspective of someone who lives on the border. “People who live on the border with some states always feel that they are messengers of peace,” she said.

In Khasan, a small town, there is a tradition of cultural exchange among countries despite their differences. Mrs. Karpova related a story of friendship and connection: the visit of DPRK delegations, including Kim Il Sung’s grandson; the international project “Football without Borders”; peace projects that included planting trees at the border; schoolchildren’s projects, and many others.

Mrs. Karpova explained that the dismantling of the Soviet Union in the 1990s actually created opportunities for travel to Korea, especially for ordinary citizens like the residents of Khasan. This simple exchange allowed Khasan’s population to be naturally in contact with North Korea.

Due to the pandemic, it is currently difficult to have exchanges and hold meetings. “But one thing we need to know,” she concluded, “is that culture, education and sports will help preserve peace on our entire planet, and we must help this.”

Click here for the intervention of Mrs. Natalya Karpova 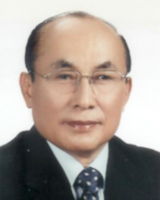 The Little Angels are a children’s folk dance and singing company that was established in 1962 by UPF founders Rev. Dr. Sun Myung Moon and Dr. Hak Ja Han Moon, with the mission to bring the spirit of peace around the world while displaying Korea’s beautiful traditional heritage.

They have performed in over 120 countries, in front of prominent figures such as U.S. President Dwight D. Eisenhower in 1965 and Queen Elizabeth in 1971. Some of their most meaningful performances were for UNICEF at the UN General Assembly in 1973, as well as in Pyongyang, North Korea, in 1998, and especially a tour in the United States for veterans and victims of the Korean War, to express the gratitude of one country toward another.

Wherever they perform, the Little Angels are children who serve as peacemakers and ambassadors, Dr. Pak said. He recalled the memory of one dignitary rushing backstage after their performance to tell the organizers, “If they travel around the world seven times, the world will be at peace.”

As Dr. Pak sees it, art is an expression of inner character, and the Little Angels precisely express children’s beauty and innocence, which after all are an expression of human beauty. “If you have a beautiful heart, your dance will be beautiful,” Dr. Pak said. It is art that moves people’s hearts.

Click here for the intervention of Dr. No Hi Pak

As the webinar drew to a close, the audience was shown a video of perhaps the Little Angels’ most relevant performance in the context of this seminar: Pyongyang, 1998. The documentary showed their arrival in the North Korean capital. Children of both sides immediately felt connected with one another, all the more so as they shared the same cultural heritage and sang the same songs. The films showed a North Korean audience breaking into smiles. Art, in this context, makes people stand on the same ground. What may not be well-known is the performance of Pyongyang’s Schoolchildren Art Troupe in Seoul in May 2000. We saw the heartfelt responses of the North reach the South, with the audience again in tears, with the same intimacy and connection.

Maybe this session’s conclusion could be summarized in Dr. Eaton’s remark in reference to Vedran Smailović, known as “the cellist of Sarajevo,” that art “shows there are better ways to resolve conflict than war.” Instead of turning to power when justice fails, and turning to war when power fails, let us use art to rise and look higher, toward true love. There may be a certain idealism in this concept, but if we stay on the same horizon and don’t rise, we are bound to have conflict.

Our four speakers allowed us to glimpse, even for a moment, the real hope for North and South Korea hidden in the words of Dr. Hak Ja Han Moon when she said that it is culture, art and affection that move the world. It may be precisely that which is at work in art, and not simply words or ideas, but something more, something hard to explain with words, something that has to do with the practice of art, not just its theory, as Dr. Eaton mentioned. Something like that brought to tears both North and South Koreans as they watched their children sing; and All Holy Children Sing is the title of Dr. Eaton’s work that we watched. That same something may be only at play when we place ourselves vulnerably on the border, to paraphrase Mrs. Karpova – open to unexpected encounters, like that church choir singing Amazing Grace that Dr. Lee found in North Korea – something beyond words, a transformative, healing expression of a higher dimension, whether we call it beauty, God, or the human heart.

We finished by returning to the beginning point stated by David Fraser Harris: “We hope we can do more than talk. We hope to have a taste of just how it is that culture opens the way to peace.”

“Is your heart ready?” Are our hearts ready yet?