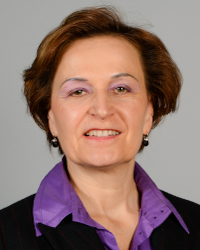 Your Excellencies, Ladies and Gentlemen. It is a great honor for me to take part in this Summit and say a few words.

I want to congratulate the founding members/mothers of Women’s Federation for World Peace.

Women have significantly shaped the lives of their nations and their compatriots for the better,

but not in the limelight. They were seldom named in the history books. But our activity here is part of history, part of development, part of modernization.

How can civil society and governments cooperate better for the prosperity of the nation and the world? I would like to congratulate you for the choice of this topic.

Women are half of the population in the world. For many years now worldwide attention has been given to the advancement of women. All of us can be proud of certain achievements of women. There has been an increased recognition of the contributions they have made to the economy and to society. But at the same time, there are disturbing signs. Most of the world’s illiterates are women and poverty among women is increasing.

Women’s participation in decision making has, unfortunately, not been an area where progress has been notable. Equality in participation and decision-making in society at all levels, from grassroots to governmental positions, is important.

May I conclude by saying some words about Finland. Finland has taken first place in the good-country index, which is based on 35 criteria, such as contributions to science and technology, the planet and climate, as well as peace and security.

At the same time we are ranked the happiest people in the world. I would like to say it has much to do with our excellent and equal education.