The Role of Parliamentarians in Strenghening Inter-Religious Harmony

Details
Written by Prof. Dr Vasilika Hysi, Deputy Speaker of the Parliament of Albania, at the international leadership conference in Vienna, Austria.
29 April 2018

Deputy Speaker of Parliament of Albania 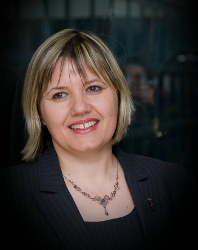 Let me first convey my gratitude for the invitation and opportunity to be part of this distinguished panel. I come from a country where religious coexistence is an asset for Albania and Albanians. I would like to share with you a reality, a good model that exists in Albania, which should be constantly defended and strengthened. And certainly, parliamentarians play a particular role in this process.

Officially, Albania recognizes three faiths: Muslim, Catholic and Orthodox, while part of the population belongs to the Bektashi faith. Religious coexistence is a past tradition, which is often mentioned as an outstanding value. The religious harmony existing in Albania should be appreciated. However, the potential risks to such harmony posed by radicalism and extremism are not to be underestimated. In such conditions, religious harmony and coexistence constitute an asset that must be protected, not by being passive, but by investing in its observance and protection.

The preservation of interreligious harmony requires multiple and continuous efforts by all, Parliamentarians included. Our role as parliamentarians consists of six areas of responsibility.

First, draft laws that respect religious harmony and also provide measures to defend it. The Albanian Constitution guarantees freedom of conscience and religion. Albanian legislation provides for the principle of non-discrimination due to religious belief. Various parts of these laws provide a set of articles aiming to defend religious harmony. Legal measures are necessary, but not sufficient, and their impact is often delayed in the society.

Secondly, bearing in mind that peace and prosperity are put at risk by actions motivated by intolerance and/or extremism, ethnic and religious discrimination, poor social and economic positions and political exclusion, the role of parliamentarians is to support dialogue and promote joint activities, including culture and religion, among the different segments of society at the local and national levels, in order to challenge racist stereotypes and prejudices[2]. We, as elected representatives in Parliament, can contribute by respecting the electorate that holds various religious beliefs, by promoting coexistence, by contributing to the strengthening of a comprehensive society and by avoiding the use of hate speech, not just during political campaigns and meetings in Parliament, but also in our everyday life. The role of Parliamentarians is crucial for building inclusive societies, which helps build a community where people live together, despite the differences they have. Building such a society requires the commitment of all actors, to contribute to promoting the values of faith, respect for other religions and to distance themselves from extremist trend elements. We have to enhance the level of cooperation with all the actors.

Third, religious harmony might be threatened by poverty, inequality, poor education, challenges to the authority of the religious institutions in Albania at the central level, the absence or low impact of the local clergy and the level of preparation of the clergy[3]. The role of parliamentarians is to draft and adopt measures and programs that reduce inequality and poverty, to enhance education and provide sufficient financial and human resources for education programs in each area, and also encourage the communities and their leaders to invest in the positive education of religious belief values.

Fourth, the large number of social media users exercising their right to freedom of speech often results in social networks being filled with discriminating messages against various faiths, including Muslims. We, as parliamentarians, can’t define rules for the media, but we can encourage its self-regulation, in order that hate speech is not used in social networks.

Fifth, parliamentarians should be attentive to the need to react through legal measures to prevent violent extremism and radicalization in all its manifestations. However, the implementation of such laws needs to be monitored. Parliamentary oversight is important, particularly over the executive, in order to ensure that the policies that are drafted promote the understanding of faith diversity, respect for cultures and the promotion of good models in this area.

Sixth, the establishment of human values and religious harmony requires that we, parliamentarians, have a clear vision and avoid the use of discriminating language against religious beliefs. On the other hand, religious communities have a major role to fulfill: they should contribute to preventing violent extremism and radicalization in their communities and in society as a whole. This can be done and should be done together with us, as Parliamentarians.

In conclusion, it can be said that religious harmony is an asset that must be protected and strengthened. Harmony among religions is a factor contributing to the prevention of discrimination and exclusion from society of different individuals or communities. We, as parliamentarians, have to do more to foster interreligious harmony.

[2] ECRI General Policy Recommendation No. 8 “On combating racism while fighting terrorism”, adopted on March 17, 2004, page 6, Council of Europe. This recommendation is available at the official website of ECRIT at this link.