Freedom of religion and its role in the promotion of peace 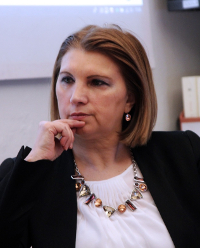 I would like to thank the Universal Peace Federation for this Interreligious Leadership Conference and for allowing me to be present.

I am the director of the Center for Studies on Freedom of Religion, Belief and Conscience (LIREC), based in Rome, that I represent today at this Conference[1].

The Center for Studies on Freedom of Religion, Belief and Conscience (LIREC) is a non-profit, cultural association that promotes the development of people's human rights and the protection of their civil liberties everywhere in the world. Our association is independent of any religious organization or political party, incorporated in Rome and registered in the Transparency Register of the European Union.

We founded this association because we think that religion continues to play a very significant role in guiding the development of individuals, as well as the wider society, throughout the world, and we know that religions can exert a positive influence on modern, democratic societies.

For this reason, we launched the “Awareness Project”[2]. This Project promotes a series of events, conferences and debates on religious minorities, which very often are victims of stereotypes, discrimination and persecution, in order to raise awareness of them among the general public, media and the academic world. Scientific knowledge is indispensable to prevent and counteract the various forms of discrimination and labelling that occur against both religious and non-religious minorities alike.

The presence of multiple religions in a country appears to have a pacifying effect if they are free of restrictions. Alternatively, if the members of a religious group dominate and “achieve a monopoly”, they are likely to be able to access and use the power of the state. Working in our Association and speaking with the victims, we were able to see with our own eyes how dominant religious groups with state power are able to persecute other religious groups and competitors.

In this respect, for example, studying the case of the Ahmadiyya Community, we realized that there is much talk of discrimination and persecution perpetrated by the civil authorities, while there is less talk of the role of the majority religions that ally with the civil authorities, supporting, more or less openly, the actions, propaganda and laws aimed at discriminating or persecuting religious minorities. In this context, the case of the Ahmadiyya Community, suppressed and persecuted in the Islamic World, is emblematic, because the Ahmadis in Pakistan are not considered Muslims and cannot even be called Muslims: this intrareligious discrimination and persecution is a widespread and undervalued problem[3].

Our Association is committed to working actively with institutions, the media and any accountable authority or organization, to be sure that democratic societies provide their citizens with the rights of minorities as enshrined in the Universal Declaration of Human Rights. For example, recently, we also brought up the case of the religious freedom violations in China against Christian minorities, the problems of religious liberty in Russia, and many other cases.

This commitment is not limited to violations occurring within the borders of the European Union. In fact, the Guidelines give clear political lines to officials of EU institutions and EU Member States, to be used in contacts with third countries (article 8). With the same article 8 of the Guidelines, the EU and its Member States, including Italy, promised to react effectively to violations wherever they occur in the world.

As mentioned earlier, European Christian churches contributed to the preparation of the Guidelines. After they were approved, The Church and Society Commission of the Council of European Churches (CEC), representing the Orthodox, Protestant, Anglican and Old Catholic Churches, welcomed the guidelines but said that it would monitor their implementation and evaluation. The guidelines were also welcomed by the Commission of [Roman Catholic] Bishops’ Conferences of the EU (COMECE), although with reservations as to their practical effectiveness. We heard some brave voices within the Italian Parliament, as well as in the governments and parliaments of other EU Member States, denouncing what is happening in Russia. But we are far away from the prompt and effective reaction mandated by the Guidelines. In fact, some Member States, including France, promote and finance anti-cult organizations, which support the persecution of religious minorities in Russia—obviously by claiming they are not really religious, but this is the usual word game used by all enemies of religious liberty. And a church member of the CEC, the Russian Orthodox Church, has applauded the liquidation of the Jehovah’s Witnesses in Russia, and hosts and finances institutions that are actively promoting the liquidation of other minority religious[4].

We think that it is important to hear the voices of those religions that experience discrimination and persecution in Russia and elsewhere.

We have a diametrically opposite point of view about this matter: our attempt is to show, by means of reliable data, that any religion can be socially, culturally and economically resourceful to our society.

For example, regarding the impact of religion on the promotion of peace, according to empirical research conducted by the Institute for Economics and Peace (IEP) and the Religious Freedom and Business Foundation[5], there are aspects of religion and religiously motivated activities which can have a positive impact on peace. We already know that there are many examples where religious leaders have played significant roles in peace. Often cited examples are Desmond Tutu, Mahatma Gandhi, Martin Luther King and the role they played in successful non-violent movements.

The presence of multiple religions in a country appears to have a pacifying effect if they are free of restrictions. There are many other ways in which religions can facilitate greater peace: through the common benefits of group membership or the power of interfaith dialogue for conflict resolution. There is a large body of literature which demonstrates the success of interfaith dialogue as a catalyst for the cessation of armed conflict.

In this respect I think that we must be grateful to the Universal Peace Federation for organizing this Interreligious Leadership Conference and for its efforts to promote interreligious dialogue in the world.

Another example of the positive effect of religion is economic growth[6].

According to a new study by researchers at Georgetown University and Brigham Young University, about Global Development Progress, religious freedom helps economic progress. It is one of only three factors significantly associated with global economic growth[7].

Moreover, many scholars and independent observers have concluded that, in general, religious beliefs have positive effects, in different contexts, not only on individual wellbeing, but also on civil coexistence. This happens because the believers try to live according to the ethics of the goodness, sharing and solidarity: so, we can say that the religious faith sometimes can also prevent or counteract corruption in public life.

I have a personal experience regarding this matter, because in my country, Italy, I visited and met followers of some New Religious Movements who have been restoring and enhancing for many years the area in which their community settled down, creating ethical and ecological projects that preserve the environment, as well as carrying out cultural, artistic and humanitarian initiatives.

In conclusion, I think that religions and spiritualities can be ethical, spiritual and moral resources for society and foster the integral promotion of human beings.

I wish to thank again the Universal Peace Federation for giving us the opportunity to join our efforts toward the promotion of common values and interreligious dialogue all over the world.

[7] The Price of Freedom Denied … is High Indeed: https://religiousfreedomandbusiness.org/price-of-freedom-denied