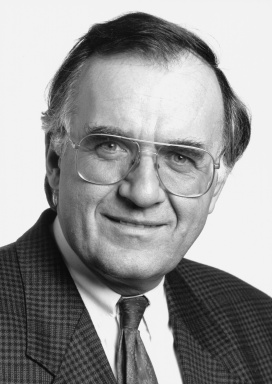 First of all I would like to thank the organizers for the kind invitation and the possibility to participate as former Secretary General of the Council of Europe and in my capacity as Chairman of the International Coordination Committee of the INGO “World Public Forum – Dialogue of Civilizations” in this conference on Multiculturalism – A contribution to Peace.

The subject of this conference “Constributing to Peace through intercultural and interreligious dialogue, mutual respect and cooperation" has been very close to my heart since the intercultural and inter-religious dialogue has been one of my priorities already in the Council of Europe where I started cooperation with the Organization oft the Islamic Conference and the League of Arab States.

The situation in international relations is pressing more than ever for dialogue in a spirit of mutual respect. The international community must find ways how to find common responses to global and regional challenges respecting the equality of nations, the right of each nation to self-determination and above all human dignity and human rights.  A constructive dialogue should bring together all available forces to meet the global challenges and to find common solutions for the greatest threats to mankind.  Global threats, such as terrorism, climate change, financial and economic imbalances, migration flows, and the poverty gap between North and South are still waiting for global responses.

Terrorism is not the result of one civilisation opposing or attacking another one, it is an attack on all civilisations and can for sure not be justified with any regard to religion. Claiming to undertake terrorist activities in the name of God is pure blasphemy. Religions and religious leaders must be united in denouncing any kind of terrorism. Poverty is not only a problem of poor regions or countries, it is a problem of the prosperous countries too and keeping the economy moving and the financial markets working properly concerns not only the developed countries. Threats to climate and our natural resources are threats to the future of all of us. And migration flows need joint action of the countries of origin, transit and destination in a spirit that goes beyond the mentality of a besieged fortress. This all needs global thinking and global solidarity. All nations and the believers of all religions should be united in rejecting any kind of extremism, fundamentalism, racism and any attempt of domination of nations over other nations. Fruitful dialogue should lead to partnership of nations in order to fight together terrorism, to take all possible measures against the climate change, to bridge the poverty gap and to overcome dangerous imbalances.

We are living on one globe and sharing the same resources. Therefore dialogue should lead to global economic partnership and joint efforts to resolve problems which affect many countries and their economy. Why I am stressing this in a panel on Intercultural Cooperation and Human Rights. Human Rights, this is of course right to life, and allow me in this context to express how shocked I have been by the execution of Troy Davis in Georgia, this is the right to freedom of expression and opinion, this is the right to be protected from torture, but it also to right to family life – and how can you enjoy your right to family life if you would lack the basic needs to support, to feed, to house your family, to give your children the necessary health care?  Cultural and religious diversity should not be an obstacle to economic cooperation. And in the context of the current economic and financial crisis I would like to emphasize that the ultimate target of all economic activities should be the well being of human beings and not the agglomeration of capital. Spiritual values will be helpful in approaching this target.

The current financial crisis should be taken as a lesson. Profit, making money is not the ultimate goal of economic activities which should serve the people with supply of goods and services. Financial markets should therefore be better controlled, in particular “short sales” and similar pure speculative deals. The market has to serve the distribution of products and services and must not be used for speculations. Therefore I also underline the importance of Corporate Social Responsibility and Public Private Partnerships which should be fostered in global cooperation.

In the light of the current financial crisis one should pay more attention to new forms of financial business like social business, ethic funds, environmental funds and all kind of ethic banking. Different cultures and civilizations can learn in that respect from each other. I appreciate much more Islamic Banking than the Lehman Brothers perversion of capitalism with derivates without any economic basis.

I firmly believe in the responsibility of the richer countries to bridge the poverty gap. Poverty of whole nations is endangering regional and global stability.

Therefore it is necessary to recall again and again the UN goals of 0,7% of GDP of the developed countries dedicated to development assistance and to halve, by 2015, the proportion of the world's people (currently 22 per cent) whose income is less than one dollar a day.

Excellencies, ladies and gentlemen, looking to our common challenges and also opportunities, I am convinced that we have already much more in common than many people in the different regions of this world think. Unfortunately one too often looks first at differences and what may divide us than to what may unite us. Diversity within and between our societies should be seen as an asset, not as an obstacle.

All civilizations, cultures, religions and nations, not only the so-called West and the Muslim World, should be united in creating the conditions for genuine dialogue based upon respect for shared values and the dignity of each civilization and culture and of each human being as a unique personality.

To support this dialogue dissemination and sharing of information and knowledge is essential – helping all civilizations to build their human and institutional capacities for the sake of a better and peaceful future. There is no clash of civilizations, but certainly and unfortunately very often a clash of ignorance which we have to overcome. Today there is not only a big gap in the world economy, but following the same dividing line also a huge gap in education which leads to a vicious circle – no economic resources, no education, no education – no economic development. Let me also stress that religious education should be used as a source for better mutual understanding and should not deepen dividing lines. I would therefore appeal to the world religions to cooperate also in the field of religious education. My dream would be to see a common curriculum of the world religions for the part of religious education which deals with the respective other religions.

And once again I would like to emphasize the role of religions. The world religions constitute a unique pool of wisdom and desire for a better living-together of mankind in friendship and peace and they all are respecting live as given by God to mankind. So all religions are denouncing violence against other people and especially against the innocent ones. Neither terrorism nor other kind of violence, including armed conflicts, therefore will find religious justification and terrorists always violate the basic principles of their religion.

We all highly estimate the freedom of expression and the role of the media in developing a better society. But at the same time I think we should remind the media to their responsibility to contribute to better mutual understanding and not to fan the flames of confrontation.

In times of rising xenophobia and intolerance I would like to recall the positive experiences with the wide diversity of nations, cultures and religions in Europe and its proximity.

It was exactly this diversity which helped to create a European cultural identity, to achieve so much in sciences and arts and finally to develop step by step also a European political identity.

We can learn to learn from each other! Overcoming the clash of ignorance, the understanding gap, by investing in education, confidence-building, action against social exclusion, illegal migrations, etc., and also and in particular to fight stereotypes, all kind of xenophobia, anti-Semitism as well as Islamophobia, intolerance and discrimination will build the ground on which also global responses to global challenges and common actions can be developed.

As pointed out in UN Secretary General’s report of 2005 “In larger freedom: towards development, security and human rights for all “, the international community should embrace the “responsibility to protect”, as a basis for collective action against genocide, ethnic cleansing and crimes against humanity. All treaties relating to the protection of civilians should be ratified and implemented.

So, Mr. Chairman, I would like to thank you one again for the opportunity to address this very distinguished audience. The ideas, which I presented to you were not only based on my personal experience and opinion, but also on the discussions of more than 600 participants from all over the world, gathered just last autumn in Rhodes at the 8th annual meeting of the World Public Forum – Dialogue of Civilizations.

Let me conclude by recalling the United Nations Millennium Declaration of 8 September 2000, which considers, that tolerance is one of the fundamental values essential to international relations in the twenty-first century and should include the active promotion of a culture of peace and dialogue among civilizations, with human beings respecting one another, in all their diversity of belief, culture and language, neither fearing nor repressing differences within and between societies but cherishing them as a precious asset of humanity.