The February 2 session, “Economic Proposals to Open and Facilitate the Relationship of North Korea and the World,” was held jointly by the Europe-Middle East, African, and North American branches of UPF’s International Association for Peace and Economic Development (IAED). 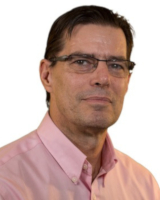 Mr. Roger Wetherall, Coordinator, IAED - USAThe moderator, Roger Wetherall, the coordinator of IAED for the United States, welcomed the presenters and challenged them to offer constructive ideas on actions that could facilitate and incentivize economic development on the Korean Peninsula and lay a foundation for future peaceful integration. 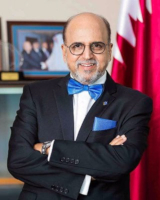 We need to create global stability and embrace changes, he said, like the digital revolution which can bring prosperity to humanity. In Korea we can see a lack of social justice and freedom.

Dr. Seetharaman saw many needs and possibilities: Infrastructure has to be built up, and the value system has to be adjusted. He also mentioned education, tourism, sports, and said there should be cultural expansion and private-public partnership opportunities. We have to open the international economy to North Korea, he said. The Kaesong Industrial Complex is key and should be revived. 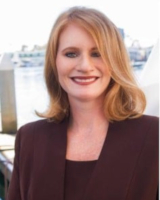 Ms. Audra M. Hajj, CEO, Ascension ExchangeThe first of the three respondents, Audra M. Hajj, the CEO of Ascension Exchange, said that we often forget human “capital” in pursuit of economic development. She asked about the integration process: “What would be the first thing to recommend in preparing adults and children for a different way of life?”

Dr. Seetharaman then pointed out the need for moral and ethical values, both for individuals and for companies. 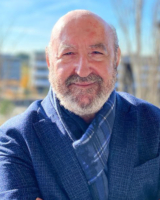 “Being in front of a person who is ruthless in his practice, I would tell him that my vision is long term,” Dr. Seetharaman responded. Most North Koreans embrace the Juche “faith,” and spiritual values might be the only way to connect with him. 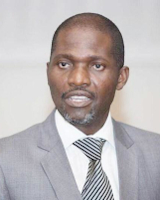 Dr. Seetharaman said that we need to reassure the North Koreans that their regime will continue. Through international investment—prosperity through business—the livelihood of North Koreans should be changed. Integration with the international community will take place, converting global culture into the local culture.

Click here for the full intervention of Mr. Joseph Busha 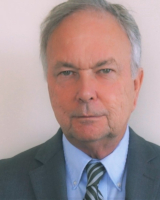 He emphasized that reforms need to happen first before opening the North Korean economy to the world. The proper order is critical. Why is North Korea poor? It has abundant natural resources, an educated people and many factories. The problem is low productivity, and this is due to the command economy system. The industrial and agricultural economies have not been replaced by a market system, and this has led, in part, to past famines.

There are two reforms that North Korea could learn from: ROK President Park Chung-hee created a new money and banking system in 1962-63 which rewarded savings and allowed people to invest. Bank deposits grew quickly, but the state did a poor job of investing it. In 1962 South Korea was the worst saving country in the world, but by 1980 it was the best saving country. However, the problem in North Korea is the lack of property rights.

Ms. Hajj understood the need to introduce a reward system based on productivity. She wondered how productivity can be acknowledged and rewarded for resourceful North Koreans?

Mr. Brown said he was talking about labor productivity in capital productivity. North Koreans are hardworking and disciplined, and they build things incredibly fast (in “Pyongyang speed”). The system does not reward them: One-third of the population are working on farms, but North Korea cannot feed its own population. Everything has two prices in North Korea: the state price and the market price. This breeds corruption and bad decisions. North Korea might learn from China.

Mr. Brown said that, faced with the leader of North Korea, he would say that North Korea has a money problem. North Korea has done a great job in controlling inflation the last ten years and should continue to be fiscally conservative. However, North Korea is not offering credit for investment. Mr. Brown suggested some privatization of the country be started: sell some coal mines or land and reform the agriculture.

Mr. Busha asked if (starting) an internal change in North Korea would not be defeating the purpose of integration?

Opening with the rest of the world is important, Mr. Brown answered, but opening before reforms are done could be catastrophic! North Korea has had foreign investment, but the problem is the dual pricing system and the lack of property rights. North Korea is bankrupt and would not get credit if it tried to open now. North Korea needs to convert its assets to credit. It needs to start exporting, Mr. Brown said.

Click here for the presentation of Mr. William Brown

A question was offered to the panelists: If there would be a way to help North Korea, what would be your recommendation?

The Kaesong Industrial Zone was mentioned as a way to start, but Mr. Brown said, “You have to pay the workers directly, not through the state” (paid rations). North Korea is not a member of the United Nations’ International Labour Organization (ILO), which says that countries should pay workers’ wages with money. He recommended that joining the ILO should be part of any deal. North Korea also should join the World Trade Organization (WTO) which oversees global tariffs on exports. These would help the DPRK play more fairly as a step toward integration.

Mr. Busha suggested in the end that North Korea should be allowed to become a member of the WTO.

Ms. Hajj suggested that North Korea could benefit from receiving outside business consulting, but working through North Koreans, not directly, such as a train-the-trainer type of approach.

A fruitful session ended with the moderator thanking everybody who participated!