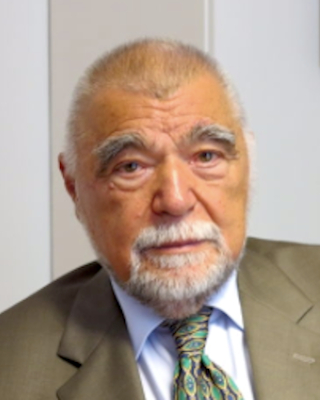 I appreciate the opportunity to participate in the work of this international gathering on a topic that is, or at least should be, in the focus of key decision-makers and all of us. My experience gained over many decades, in two countries and two social systems, as well as on the international scene, gives me the right to speak my mind on how and why Europe has approached the dangerous edge separating war from peace, confrontation from cooperation, hopelessness from hope.

Without doubt, we live in ill times. In order to treat the disease, it is necessary to first diagnose it and then determine and apply the therapy. This is the path I will take today. I will try to diagnose the condition, I will indicate the therapy, but being a former President I cannot participate in the treatment. I can, however, make my modest contribution to the search for lost peace and cooperation in Europe.

The wording on lost peace and cooperation may seem too sharp to you. The last wars were fought on the soil of the Old Continent at the end of the last century, when Yugoslavia collapsed in the smoke of gunpowder, explosions of bombs, and the blood of thousands.

Today Europe lives in peace, but I ask you - what kind of peace? And for how long? Deceptive and uncertain. One would almost say: temporary. Peace that is more accurately described as a silence before the storm or a break between wars, than as a permanent state. And all this after the Helsinki Conference, which laid the foundations for security and cooperation on a continent marked by the traumas of two world wars; all this after the detente, which served as an introduction to breaking down barriers and opening borders - for people, goods and ideas.

What is the current situation in Southeast Europe? It’s characterized – in spite of the integration process—by real and deep divisions. It's characterized by threats and responses to threats, military maneuvers, though carried out by those claiming to be defensive, which are characterized by the unleashing of a new arms race, with Europe only looming from the very real danger of being a mainstay of a nuclear conflict between East and West.

I think the roots of all this should be sought in a completely misjudged assessment and in the fatal misconceptions based on such assessments. I find both to be products of the last decade of the twentieth century. That's when the erosion of the eastern or Soviet bloc began. The so-called countries of real socialism started exploring the multi-party system and capitalism. Then the Warsaw Pact was dissolved, and we witnessed the breakup of the Soviet Union--one of the two then existing superpowers.

The leading strategists of the West – herein lies the fatal misconception I am talking about – hastily and triumphantly declared victory, but without understanding that the socialist order collapsed owing to its internal weaknesses, and far less because of the western superiority.

After it was concluded that the West had won decades of competition, and often very dangerous confrontation with the East, the victors set out to reap the rewards. This was undoubtedly helped by a period in which the Russian Federation was recovering from the shock caused by the breakup of the Soviet Union, and was searching for itself and a place in the new world.

The winner, however, was in a hurry to collect its profits, among other things, by imposing the concept of a unipolar world; a world dominated by one superpower. Instead of taking the path first traced by West Germany’s Eastern Policy, followed by detente in the broader context of US-Soviet and US-Chinese relations, the victor adopted a model of behavior that is typical for the relationship between the victor and the defeated—the leader and the follower.

Instead of going for the comprehensive development of equal relations, which was made possible by breaking down hitherto existing barriers and the end of competition between two essentially different models of socio-political and economic relations, the all too familiar Cold War policy continued.

The moment Russia came together and started to return to the international stage in the role of one of the great powers of today's world, which it undoubtedly is, the preconditions for the play we are watching today started taking shape. Let me stress: we’re watching it with increasing fear and concern. Instead of the full implementation of the Helsinki concept, which we rightly expected, we see that the principles of Helsinki are grossly violated. I will only mention the principle of non-interference in the internal affairs of others.

We thought that the conditions had finally been created for the United Nations to leave competition and turn, with the occasional mediation of the Non-Aligned Movement, to a truly global, common organization of all countries of the world, striving towards a common goal: a world without divisions, without hegemony. without force and threat of force. Instead, we have experienced the marginalization of the United Nations like never before, and the violation of the principles of the UN Charter—I dare say it—on a daily basis.

That's my diagnosis. What about the therapy?

It is easy for a politician to say that we need the political will to change the current state of affairs. That's true, but that's not all. In order for political will to change, one must change one's mindset. We need to find strength, but also to find the reason to move away from the Cold War logic. We need to understand that the time of competition and proving whose system is better has passed. We must not only understand, but accept that every nation has the right to determine its future, including what kind of system it wants to live in.

No system is God-sent or the best!

We need to understand that the concept of a unipolar world is unsustainable. Going back to a bipolar world is also not viable. No, the future is a multipolar world of equal states in which there are no subjects and objects. The future is to understand that the key to the development of the world we live in, is not the dominance of anyone over anyone. The future lies in cooperation for the pursuit of common goals, which are not, nor can they be, the goals of any particular country, but solely and exclusively the goals of humanity as a whole.

The world is getting smaller, there are more people. Time is running out.

Wars, misery, poverty, and climate change have triggered waves of refugees of biblical proportions. The answer is not force or the fortification of Europe with concrete and barbed wire.

We either overcome this crisis—the current situation is definitely a crisis—or be pushed by it over the edge into the abyss. If those who are most responsible manage to understand this simple truth, then perhaps they will understand all other things I have described. Maybe they will be able to adopt an agenda for seeking and finding peace and cooperation in Europe.

I hope they will. Despite all my experiences, I still believe in the future. My children, your children and their children, they are all entitled to the future.