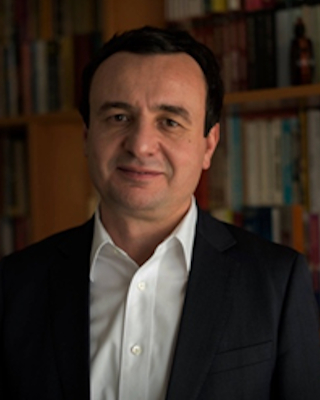 Intervention of Hon. Albin Kurti, Member of the Assembly, Republic of Kosovo, at the Southeast Europe Peace Summit in Tirana, Albania, on 26 October 2019.

Honored Deputy Speaker of the Assembly of the Republic of Albania, Ms. Vasilika Hysi, Honored Speaker of the Assembly of Northern Macedonia Mr. Talat Xhaferri, Honored and most-respected Excellency Ambassador Christopher Hill, honored presidents, speakers of parliaments, prime ministers, ministers, members of parliament, excellences, ambassadors, ladies and gentlemen. I am here with you today as a guest at this Peace Summit, but I feel at home here in Tirana, just as I feel in Pristina, so I would like to say both welcome and it is good to see one another in this event.

This is a very important Summit, because the people here get together and take steps toward peace.  Coming together for peace is a condition for sustainable peace, which then allows people, citizens, States, continents and all humanity to prosper.  Today more than ever we have the need for ideas to do more than guide us, we need them to bring us together. One of the biggest risks facing humanity is division; that is why Summits such as this one, which brings people together, are so valuable for the future.  People live and prosper in communities, and it is our main duty to come together as much as we can and wherever we can to share common values and understand that commitment for peace is what enables and guarantees progress.

30 years ago the iron curtain dividing us during the Cold War fell, and the war was over, but the frigid relations, whether in war or without war, remained because the great iron curtain was replaced by many small ones that divide us among ourselves and between us.  In order to bring down these barriers that divide us all over the world, we need, first and foremost, to recognize that we require peace everywhere and all the time, that there is no better alternative to peace, that this peace is also the last request and the ideal of the generations that made the ultimate sacrifice for it, while also being the wish of our children and the generations coming after us.

Secondly, it is important for us to cherish our common values for peace.  The Republic of Kosovo, the Republic of Albania and other countries in the Balkans wish to become European Union Members, they want to be NATO members, they want to join the united Europe and this is where our common values and interests should be active in the region and beyond, so that long-term peace, stability and security become direct results of development, justice and democracy, which we need to build within our States and in the relations with other States.

However, in addition to good neighborliness, which the Balkan countries need for peace, security and stability, the safe integration in the European Union, which will change the region, and the cooperation between the States is necessary, because the Western Balkans and the European Union are very important to each other.

Furthermore, we need to fight poverty, inequality and injustice within our countries.  It is thus necessary for us to come together against poverty, injustice and inequality. If you go to Kosovo and ask not just Albanians, but also Serbs, Bosnians, Turks, Romanians, Egyptians, Ashkali, and all other minorities to tell you what their major concerns are, they will all answer employment and justice.   Youth and women and the entire rest of the population want jobs that allow them to make a living through their hard work, but they also want justice, no discrimination, and no privileged people.

And it has been the voice of the citizens that we have heard and the voice of the citizens that spoke up that enabled us as the Vetëvendosje Movement to reach up and win this election, and now we have a great mission in front of us.  This work is to keep our promises, because we must serve ^ we represent and because of whom we exist, and that is the people of Kosovo.

I thank all and each of you and hope that our cooperation in this peace Summit will bring peace and will mark more joint work for peace.