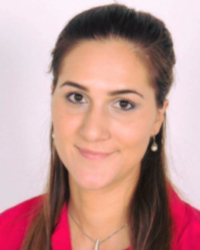 Human rights are the basic rights and freedoms that belong to every person in the world, from birth until death. They apply regardless of where you are from, what you believe or how you choose to live your life.

This is the definition I was provided when I choose human rights for my LLB. At that time, I just turned 19 and believed that defining human rights is like trying to bite your own teeth. Such as

Freedom of speech – why cannot I not say what I feel and believe?

Freedom to love – love all the way.

With time I realised that every right does not exist autonomously, they are formed to protect what is plainly basic but nevertheless catalytic on our being as a humanity.

Human rights violations existed from ancient times till today. For example, the perhaps not a myth Trojan war, the medieval Europe and the legal code had an exceptional high standard of proof, for medieval judges to find an accused party guilty, they needed to have either a confession or the testimony of two eyewitnesses to the crime. If there was much circumstantial evidence that indicated guilt, but not eyewitnesses or only one eyewitness, judges were not able to reach a finding of guilty. In these cases, judges would sometimes authorize torture to compel confession. The crime I am referring was the special crime of witchcraft.

Closer to our time, 2004 the world was shocked by the sight of photos of torture conducted by US soldiers at the Abu Ghraib prison in Iraq. new stories revealed that British soldiers had tortured Iraqi prisoners, and that US forces had tortured prisoners in Afghanistan and at the US military base at Guantanamo Bay, Cuba. Torture was formally abolished by the European governments in the 19th century.

Leading towards modernity, the media (including social media) and internet division’s work which is predominantly based on freedom of expression. Hate speech has yet to receive an internationally accepted definition or understanding. It has to be identified to include individual’s digital rights that allows the individual to access, use, create and publish digital media or to access use of computers, that includes freedom of expression, data protection and privacy issues.

The problem is the continuing prevalence of various human right violations such as torture, war crimes, crimes against humanity, genocide, hate speech, discrimination etc have not decreased during the transition to modernity but only changed character.

There is no quick solution, because everything is flux, the fundamental order of cosmos. Universal declaration of Human Rights is a document drafted in such basis by representatives with different legal and cultural backgrounds from all regions of the world, the Declaration was proclaimed by the United Nations Assembly in Paris on 10 December 1948 as a common standard of achievements for all peoples and all nations.

Universal Declaration of Human Rights is the humanity’s magna carta and it has been achieved by listening and wanting to correct the record after the result of the experience of the Second World War.

If you ask me who I am? I will say I have become a lawyer but also an explorer. An explorer of what we can do …. that we have not yet done. Let me give you a way of understanding this. I had a conversation with a Sudanese survivor after attending a summit in Canada.

I bluntly asked him Why?

His answer was laconic yet powerful ‘you listened to me’.

The question is firstly, do we listen to each other?

We have been taught to persuade people of what to do and taught them how to speak beautifully and conventionally.

But now we do not only have to know how listen to others but also fight the obstacle the human nature places in a way of understanding what other people say. When I listen to someone my brain immediately rejects everything seems irrelevant and only absorbs what I agree with and it requires great effort to find meaning of what people say.

This is relevant to Sudan – Darfur situation.

Sudan's President Omar Al Bashir is the first sitting President to be wanted by the ICC, and the first person to be charged by the ICC for the crime of genocide. There are two warrants of arrest against him have not been enforced, and he is not in the Court's custody.

In September 2018, Jordan failed to surrender the president following his visit at Summit. Jordan proceeded to appeal against the decision of the Pre-Trial Chamber that Jordan failed to comply with its obligations. The Pre-Trial Chamber II, notified the following parties: States representatives, the office of the prosecutor and amici curiae including; The African Union, The League of Arab States. Nowhere did the victims receive a notification and they were no submissions heard on their behalf. The spirit of the Rome Statute ossifies the only pragmatic purpose, to pursue the perpetrators and protect the victims, in the course of listening.

The Appeals Chamber did not hear from legal representatives of the victims, not even from the VPRS. (victim participation and reparation section).

We should also listen to the dead people such as what happened in the second world war.

There is a scientific approach that you cannot have an idea about the future unless you have rich memories. The context of your memories determines how much you can think of the future. That is why, we must safeguard children, provide them with education and expand their memories. I just feel that the cornerstone of human rights is elegantly placed of how we educate our children.