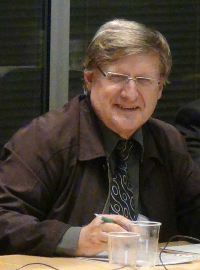 Human rights in an increasingly multicultural society:
the challenge of Islamism

Since the middle of last century, our societies in Western Europe have been increasingly becoming multicultural, through the import of guest workers in the decades following WWII, family reunification, and regular and irregular immigration in the 2000s.

These foreign populations have brought their culture and their religion to Western Europe and have, in their majority, smoothly integrated society, the culture and the way of life of their host countries. They have learnt a new language and schooled their children.

Since 9/11, Islamic terrorism has suddenly and unexpectedly surged in Western societies. Thousands of American and other citizens of all faiths lost their lives in the Twin Towers attack in 2001.

The 20th century had been marked by Communism, a totalitarian political ideology enforcing atheism inspired by the political philosophy of Marx and Engels and persecuting all religions. Lack of freedom, civil and political rights, massive violations of human rights, and genocides were the main characteristics of that nefarious ideology.

The 21st century is being marked by the emergence of another totalitarian religiously-inspired ideology: political Islamism. Muslims all over the world are the main victims of this ideology. What are its characteristics?

an ideology that instrumentalises Islam for a political project of global governance and wants to impose its interpretation of Islam first in Muslim majority countries and then in other countries,

an ideology that rejects the world order and all the multilateral organizations, like the UN, put in place since WW II,

an ideology that rejects the secular concept of human rights and freedoms, and aims at imposing their interpretation of Islam,

an ideology that wants to radically change the existing nature of a state into a theocracy to be dominated by their religious worldview,

an ideology that wants to change the structure of a diverse and multicultural civil society into a society to be dominated by their religious worldview,

an ideology that wants the daily life and the behavior of each individual to be dominated by their religious worldview.

The Islamic totalitarian virus infecting the software of the ummah must not infect humankind. An antidote must be administered. Combating Islamist totalitarianism with ideas, with words and in practice is legitimate. It is obligatory. It is a self-defence fight of Muslim and non-Muslim states, societies and minorities. Combating groups and individuals, such as the Muslim Brotherhood and Islamic universities such as al-Azhar, which promulgate Islamic totalitarian ideologies is a must. This is not Islamophobia. It is a fight for human dignity for all, for equality for all and for human rights for all.

France has become aware that this ideology is in its midst and cannot ignore the mass of evidence accumulated by serious researchers.

The book is based on a field investigation carried out by five journalism students under the guidance of two professors in the departement of Seine-St-Denis (north of Paris), which has a population of about 1.5 million inhabitants, including 700,000 Muslims. Around 200 people, including Muslims, were interviewed and about 20 testimonies were published after the facts were rigorously checked.

The authors of this well documented book stress that the way of life in that departement now increasingly follows religious standards and is more and more imposed upon the diverse local population. For several years, many media in Western Europe have been raising the prospect of the "Islamization" of France, Belgium, The Netherlands, and Germany... all countries with Christian majorities and a history shaped by Christianity. But is the use of the word Islamization of our Western European societies appropriate?

There are about 5 million Muslims in France out of a total population of around 67 million. There is no evidence that non-Muslims have been Islamized or are massively becoming Muslims. At the same time, it is a fact that a number of French and foreign Muslims are becoming Salafists.

What is Salafism? What is Islamization?   Salafists are compelled by their faith to promote it, and to impose their rigorist religious standards on other Muslims and beyond, and to seek political control in "territories of the (French) Republic", as well as in civil institutions.

'Historical' Muslims in France deplore and complain about the progress of the Salafist ideology, the standards and teachings of which are in breach of 'the laws of the Republic' and international human rights standards.

'Historical' Muslims in France have been abiding by the French rule of law since they first settled in the country of Clovis, the first king of the Franks, who through his conversion and his baptism in 496 introduced Christianity in his kingdom, and of the Enlightenment.

'Historical' Muslims in France disagree with Salafist/ Wahhabi forms of Islam that damage the image of their communities, tear families apart, alienate their children from the French way of life and from their parents, and 'steal' them to send them to theatres of war in Syria and Iraq. The testimonies of Muslims in the book of Gérard Davet and David Lhomme stress this dimension of this issue.

The same phenomenon affects Muslim majority countries such as Bosnia, Tunisia, Morocco, Azerbaijan, Indonesia, Tajikistan, Uzbekistan... but the terminology "Islamization" would be totally inappropriate in this context.   Hence, for this global phenomenon, the necessity to find a common and non-stigmatizing term that is applicable to any country: the Salafization of Muslims. This is the danger that France and other countries have to face.

This Salafization of a minority of Muslims in France is sowing hatred towards Jews. This explains that according to the last official statistics anti-Jewish acts have risen by 69% in the first nine months of this year.

It is not too late to combat the Salafization of Muslims but it is time.