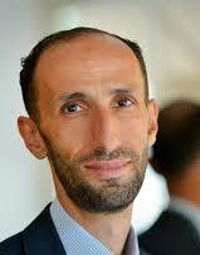 Intervention of Camel Bechikh at the UPF Conference on "Radicalization and Violent Extremism in Europe: Focus on Prevention" in Brussels (Session 2).

N.B. This is an English translation of an abbreviated transcription by UPF Europe of M. Bechikh's intervention. Please refer to the video for his orginal remarks in French. Disclaimer: The views and opinions expressed in this article are those of the author and do not necessarily reflect the views of the Universal Peace Federation.

I am quite embarrassed by what has been said since earlier, especially by my neighbor, because I perceive a very caricatural and ideologized speech in the sense that, when we are faced with an adversary in society, in order to combat them, we tend to misrepresent them. Hearing about Muslims or Muslim society makes me want to laugh, so the previous presentation gives the impression of a homogeneous sociological element. However, it is anything but homogeneous; like any other social or religious group, Muslims are deeply heterogeneous. Most everyday Muslims want to ride in a car under 2 years old, take 25-year bank credits, watch reality TV shows and own the latest iPhone.

Among them, indeed, some engage a rediscovery of their faith. I am from the generation that, in the early 90's, rediscovered their faith and I must say that, far from the caricatures, for many, the rediscovery of my faith has been a strong element of integration, particularly through my studies in the sense that, children of immigrants we are and, for many of us, religious practice has allowed us not to be stuck in a process of cultural reproduction. That is to say, religious practice has inspired in us an awareness that has brought about a rupture in terms of social elevation compared to the working class generation of our parents. I, who have been a member for almost 25 years of the Union of Islamic Organizations of France that is said to be close to the Muslim brotherhood, I have known, within this federation, only elements and trajectories of social success with, indeed, a significant conservative leaning in societal terms.

It is for this reason that I participated in the co-founding of the “Manif pour tous”, which constituted the main opposition to same-sex marriage. I am a conservative Muslim and have no reason to be embarrassed about it. In fact, I'm rather proud of it. The fact that some mosques are open to homosexuals makes me very happy, because homosexuality is not a reason for religious excommunication. So the caricature leads to a false diagnosis, not allowing a sick body to be healed efficiently. If we have a fantasized view of Muslims in Europe or the world, let us consider Muslims through the ideologized eye of progressivism which would like to make gender theory, homosexual marriage and euthanasia the new norms; I say no, I am neither for homosexual marriage, nor for gender theory, nor for euthanasia.

On the other hand, I think that all religious currents, whether Muslim or not, must be able to express themselves without being demonized. Indeed, among Muslims, there are radical and violent elements. They must be eradicated: zero tolerance. In the past, Protestants suffered from Catholic violence in France. But Catholics have suffered from Protestant violence in Holland. Communist ideology has produced violence. Whether it is religion, philosophy or political theory, at some point, there will be elements of violence. Should we, however, caricature everyone because of these minority elements? Obviously not: 90% of the victims of terrorism are Muslim. And the conservative discourse cannot be neutralized, especially the one that considers marriage between a man and a woman as the norm, the family unit as the basis of society, and the masculine and feminine genders as differentiated. If this causes me to be called retrograde, dogmatic and fundamentalist, then so be it.

I wish, with my Catholic friends in France, to go unnoticed. For example, I come from a country to which I am fiercely attached. The French press defines me as nationalist. I define myself as a patriot. I am attached to France and its Catholic anthropology. In the 17th century, there was the Enlightenment, a deeply religious term for people who distorted the idea of ​​religion. And then, there was the French Revolution in the eighteenth century during which we beheaded the king because he was the guarantor of a religious order and, in 1905, a little more than a century later, we separated religion and state. Then, in 1968, it was forbidden to forbid, and in 1974, abortion was legalized. Finally, in 1999, the civil union between two people of the same sex became possible and in 2014, it was the same-sex marriage. We are now talking about assisted reproduction, that is, the possibility for a lesbian couple to have children. The French government is currently legalizing the fact that a male homosexual couple can buy a child abroad and give them French papers very normally and freely, a way of legalizing what is called surrogacy.

What I mean by that is that in the seventeenth century a caricature of Catholicism was produced. It allowed an atheistic revolution. This atheism has produced a disruption of values ​​that has led to a negation of the values ​​of societies and the human being. If we caricature Muslims today in the name of so-called progressive ideologies, by amalgamating the Muslim, the Islamist, the radical and the terrorist, we are killing one of the main strongholds of resistance to this anti-religious post-modernity, because if, in the seventeenth century, a wind blew over Europe to say no to religion, I believe that the country to which I am fiercely attached, which was named the eldest daughter of the church, is today the first consumer of antidepressants. God has been expelled from society and, inevitably, instead of the values ​​initiated by God, we find the values ​​of the anti-God.

I am here today because I believe that all people, whether believers or not, who are aware of the natural identity of the human being, of the natural family, must be aware of the major elements that this post modernity is bringing in terms of the destruction of the fundamentals of the human being. I have always refused the idea that your movement be called a sect, because I consider, as a religious liberal, that no one has the right to tell you what to believe in or not to believe in. Alas, the caricatural attitude towards Muslims largely promoted by the progressive movement, you yourself have been victims of and this has prevented you from becoming a religion in its own right, especially in France. Misrepresenting a problem only reinforces it.

Madam can open an LGBT mosque. Why not? On the other hand, to produce a caricatural speech about Erdogan, the Muslims in general, the Sharia, a word that is very scary because we cut off the hand of thieves and we kill women in the name of this law. This is meaningless: Sharia means code, for example how to pray and to fast. Within Sharia, some elements must be deeply modified, reformed. It is the work of theologians who work on this issue, and who are sometimes even condemned to death by DAECH. However, caricaturing the whole of Muslim practice to make it a retrograde element will only help to split up and separate the whole camp from natural values. I have no problem with the Christian identity of France or the Muslim identify of Turkey. I do not want today’s post-modernity, which proposes the commodification of children, to use the caricature of religion to impose this abomination that contradicts natural law.