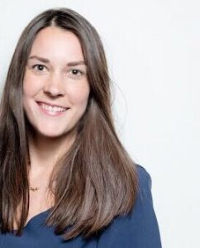 Intervention of Lea Perekrests at the UPF Conference on "Radicalization and Violent Extremism in Europe: Focus on Prevention" in Brussels (Session 2).

THE DEPORTATION OF PROBLEMATIC RELIGIOUS LEADERS

As a part of counter-terrorism and counter-radicalisation efforts, some European countries have adopted national policies that overlap with religion. As a Brussels-based NGO that works on Freedom of Religion or Belief, the intersectionality of security and religion is of high interest to us. Today, I’d like to share some of our preliminary research regarding a policy that is implemented by a number of European states: the deportation of problematic foreign religious leaders.

Imams, other religious leaders and preachers have been arriving in Europe for as long as immigration to European states has. This phenomenon, however, has recently grown to pose a security concern or threat to national authorities as they see more Wahabbi/Salafists teaching doctrines and practices conflicting with national criminal laws and international human rights standards.

Nevertheless, what European countries have distinguished is that they feel certain foreign religious leaders coming to their countries are preaching ideas that directly oppose their intended values. This is what has caused many countries to adopt policies surrounding what these religious figures can and cannot say.

The UK, Spain, Belgium, France and others have all experienced terrorist attacks in the past few years. These countries and others such as Austria, Switzerland, Denmark, and Italy, have actively deported or denied entry to religious leaders that they perceive as problematic.

To give a better picture on the process of deportation, let me begin by discussing a more detailed example that is currently playing out here in Brussels before giving an overview of how such policies play out in some of the aforementioned countries.

At the end of October, Belgium’s House of Representatives published its fourth intermediary report of the Parliamentary Commission of Inquiry on radicalism and terrorism. The 205-page report comprises of six main chapters, including ‘radical Islam and Islamic radicalism in Belgium’ and ‘The case of the Grand Mosque of Brussels’.

Pointing to a few specific findings in the report, the Commission found that the Muslim Brotherhood and Wahhabi strains of Islamic teachings exist in mosques in Belgium.

The report claims that “The philosophy of the Muslim Brotherhood, which can be labeled ‘conservative’, may cause some problems if there is any attempt to impose it on a society that is not historically Muslim and not homogeneous, as is the case in Belgium…it seems, according to the commission that many Muslims are open to their [the Muslim Brotherhood's] messages and found them sensible...” The report continues on saying, “What is an undisputable fact is that a number of mosques in Belgium clearly adhere to the Muslim Brotherhood’s worldview and their ideology”.

The Parliamentary commission states that after hearing several experts, they could not firmly connect the ideology of the Muslim Brotherhood and the use of violence.

The report’s critique of Wahhabism in Belgium is even stronger as it suggests that “This vision of Islam, and the ensuing religious practice, can lead to self-exclusion from and negative perception of society…The permanent confrontation between Wahhabism and the worldviews of ‘the others’, is said to aggravate social divisions.

The commission concluded their analysis of Wahhabism by saying that Wahhabism has acquired a huge outreach power due to the financial means of regimes promoting the doctrine, such as Saudi Arabia, Qatar, and Kuwait.

By financially backing Wahhabism, these countries have been able to control religious practices in other countries.

The report says that, in Belgium, the Grand Mosque of Brussels is spreading Wahhabi teachings and that such teachings are gaining a quasi-monopoly that is blocking the voices of alternative, reformist, and progressive Muslim voices. Therefore, a Muslim in Belgium who questions Islam and his relation to this religion only finds Wahhabi-Salafist answers on the market of Muslim worldviews.

One example of a mosque that is foreign-funded is the Grand Mosque of Brussels and the affiliated Islamic and Cultural Center. Founded in 1968 under a convention that grants their umbrella organization the use of their buildings rent-free, they have largely operated with little transparency or accountability to the Belgian authorities.

Both individuals denied being Wahhabis or Salafists. The Imam claimed that he was preaching a moderate Islam.

Other actors and experts heard by the commission shared a different view. Consensus amongst others say that the Islam promoted in the Grand Mosque of Brussels and the Islamic Center of Brussels is from the Wahhabi-Salafist current with a strong influence of the worldview of the Muslim Brotherhood.

For many Muslims in Belgium, the Grand Mosque and the Islamic Center of Brussels play a key role in their religious life and in shaping their mindset. They provide permits to those who slaughter animals for religious purposes, register conversions to Islam, and distribute relevant grants.

Following this report, the Belgian authorities called for the deportation of the Egyptian Imam at the Grand Mosque of Brussels, Abdelhadi Sewif.

Sewif has worked at the Grand Mosque of Brussels for 13 years. When he attempted to renew his residence permit, his application was rejected – triggering the signal of deportation. Theo Francken, the Belgian state secretary for asylum and migration, accused him of threatening Belgium’s national security – which Sewif denies.

But this process has not gone smoothly. On 28th November, just last week, a Belgian court announced that it had struck down the effort to deport the imam on the account of insufficient evidence. The court ruled that the evidence outlined in the commission’s report, with the classified intelligence that we cannot obtain, was not enough to prove that Sewif posed a threat to society.

Theo Francken has announced that he will appeal to the Council of State against this ruling.

There have been other cases of deportation from Belgium in the recent past on the grounds of hate speech. Across Europe we see successful and unsuccessful attempts.

Some examples of laws targeting problematic imams and preachers

In Austria, the 2015 anti-radicalisation law reads that Imams are required to speak German, that mosques, Imams, and Muslim organizations are prohibited from receiving foreign funding, and that Austrian law must take precedence over Islamic Sharia law for Muslims living in the country.

Such a law, of course, has raised much controversy and debate about its targeting and possible discrimination against Islam.

Denmark has also moved to codify their response to religious leaders who pose a threat. In 2016, Denmark proposed the law on hate-preachers, which would make it a criminal offence for preachers to give their ‘explicit approval’ to criminal acts, which would be punishable for a fine or up to three years in prison. Denmark also established a public list of preachers ‘with views and values contrary to fundamental Danish values’ who will be banned from entering the country.

This blacklist would be established by the Danish Immigration Service, using information found online or provided by Danish or foreign law enforcement agencies.

In many cases, the bureaus responsible for determining which religious leaders are a risk, use social media platforms – particularly YouTube videos and recordings of sermons – as proof.

While there was opposition to the law, claiming that it impeded on freedom of thought, and freedom of speech for religious preachers, in 2017 the blacklist was published. The list contained six foreign religious preachers. It is important to note that not all are Muslims. Terry Dale Jones, an Evangelical pastor from the United States, earned his place on the blacklist when he burned copies of the Qur’an in 2011, an act of anti-Muslim-hate.

In Germany and France, an approach more similar to Belgium’s exists. All three countries are increasingly aware and skeptical of private “mosques” that lie outside the government’s control and depend heavily on foreign funding. While they have not adopted laws as stringent as Austria’s they have nonetheless deported many Imams. Many are identified, investigated and deported on charges of inciting violence, for having ties or affiliations with violent groups, or for hate-speech.

One example of this last charge, was the deportation of Nusret C. from Germany to Turkey after he called for the obliteration of Jews and Israel. He was also apparently known to reject equality between men and women and to advocate for Sharia law. Nurset had recorded and published many speeches on his website, which was monitored by authorities.

These developments in laws and practices concerning problematic religious leaders and preachers in Europe show a reinforced effort to fight against radicalisation and a furthered attempt to regulate Islam and make it compatible with the values shared by society. I hope that by presenting our preliminary findings today, we can have a fruitful discussion on the implications and the efficiency of such laws and practices.