The future of the Balkans viewed from a European perspective 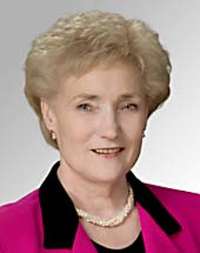 Six weeks ago the Minister of foreign affairs of Luxembourg was on a visit in Albania. Relations between our two countries are fine. The Luxembourgish government is in favor of the adhesion of Albania to the EU. During the war of the Balkans many Albanian Refugees came to Luxembourg.

Now the question is about the future of the Balkans.

Peace is more than the absence of war. The history of Albania is paved with many conflicts. Language and religion, power and ownership of the land, ideologies, from a kingdom to communism, a great variety of different fights left deep wounds.

They will not be made to disappear by political decisions; they are deeply rooted in the people's minds and have an influence on their behavior. Politicians are rather helpless in front of this situation. No political skills will change people's minds, unless the cultural aspects are taken more seriously into account.

What does this mean in daily life? What is a state without a society?

Members of Parliament are involved in legislation, establishing jurisdiction and taking care of the rights of individuals. A society, built up on the principles of human rights, is the aim of the EU. Rights, however, should also include responsibilities. The State has to take care of building up a way of living together with the respect of everyone's individual personality, of language, culture, religion and deeply rooted traditions.

This is the turning point; I dare say the fragility of the European construction. There is no common policy allowing for interference in a member state's own culture. It's up to you to look at these specific aspects, which allow Albania to maintain its independence and sovereignty.

The responsibility now, after having created an independent state, is to build up the society, in mutual trust and understanding of its diversity. This diversity is to be respected, not to be merged in an artificial multi-cultural melting pot.

In some member states of the EU, this question is on the agenda. The independence of the regions is being claimed in Spain, in Belgium, in the North of Italy and other places. Analyzing the conflicts that lead to these wishes, we have to look at the reasons why this happens now, more than sixty years after the Signature of the Treaty of Rome.

Of course each situation has its own specific explanation. The Nation States were created without respect for cultural differences; the conflicts we see today are no longer new wars, as in the 20th century, thanks to the binding rules of the EU. They explode sometimes because of a lack of respect, understanding and forgiveness, promoted by a lack of knowledge of each other’s history.

Let's have a short look at the recent history of our continent, less than 3 centuries back.

The French revolution in 1789 was about freedom, equality and brotherhood. It abolished sovereignty by kings and tried to establish the reign of the people. However, a new Emperor, Napoleon, who had tried to enlarge the power of French know-how and culture, swept over the continent, ending at Waterloo and leading to the Vienna Congress in 1815. There, the creation of Nation States brought independence to my small home country, Luxembourg, as a buffer state between France and Germany. Those Nation States created in 1815 were not always synonymous with the existing societies, nor based on their culture, namely their language and religion. The same happened in Yalta after the Second World War one century later.

Many celebrations were on the agenda this year:

This is a very short period in the history of the European Continent.

The current wars in Syria and Iraq, dictatorship in Turkey, turmoil in Saudi Arabia, Genocide of the Rohingua population in Myanmar and conflicts in many African countries will shape the geopolitical situation. This will have consequences for the future of the whole continent of Europe, with refugees coming from these conflict areas.

The creation of Nation States established Democracy. Even the Monarchies that survived are founded on the principles of democracy.

Democracy is not an easy form of governance, but it is as Winston Churchill said, "the least bad". Looking at the situation of Democracy today, I dare say that the freedom to vote, freedom of speech and the guaranteed rights of each citizen did not bring full satisfaction everywhere. The globalized world seems to have destabilized governance. Presidents twittering after each new terrorist attack are not aware of the damage their impulsive messages may have on citizens, and how much trust in the elected is fading.

In his speech at the University of Luxembourg, President Juncker said that the EU should take care of its relations with the Balkans, otherwise there would be no consolidation of peace.

The trial in The Hague two days ago condemned General Mladic, responsible for the killing of people on behalf of their religion. Auschwitz and the killing of Jews during the second WW is in the painful memory of so many individuals, as are the victims of the wars in the Balkans.

The EU would not have been possible, if Robert Schuman, the French foreign Minister, and Conrad Adenauer, the German Chancellor, had refused to speak to each other. Schuman, who was born in Luxembourg and spoke German, and Adenauer, together with their Italian, Belgian, Dutch and Luxembourgian colleagues, achieved a new start, without any claim of revenge, but fully aware of what had happened during the War.

It is an obligation for our generation to write the history of these painful events, and to transmit to young people the knowledge about it. Keeping the memory alive is our common duty. However the future should be based on forgiveness of the enemy.

What is to be done concretely?

Education about history is essential; it should however not only report on wars, on winners and losers, but also look back at the cultural, religious and linguistic situations. Rewriting history with these aspects is our common duty.

There is a strong need to transmit this knowledge also to the elder generations. I strongly advocate special education for women, namely the elderly who did not have the opportunity to receive education when they were young.

There is a need to scrutinize what religious leaders are teaching, especially regarding the situation of women.

The EU established equal rights and equal treatment for men and women. The role of women in building up a society is essential. Young women are suffering from ancient traditions, no longer admissible in our century.

The transition to a society where equal rights are included in the DNA of an open society is a long and painful course. A look at the situation of women worldwide highlights the ongoing discrimination and violation of their basic human rights.

At the local level, this may lead to the establishment of a fruitful dialogue between people, transgressing the gaps of generations, religions and traditions. Talking to each other freely and trustfully gives the whole society a backbone that makes our common goals achievable.

This needs a multilingual education. How can we talk to our neighbors when we do not know their language? The small country of Luxembourg has had a fruitful experience with early language learning and peaceful togetherness, with 47% of the population coming from 120 different nationalities.

Fighting poverty is the most crucial objective. As a candidate for admission to the EU, Albania has good perspectives for economic development.

The richness of Albanian culture should be promoted in other member states. Cultural cooperation, such as the candidature of Albania for the European Capital of Culture (ECOC) together with Austria, is to be promoted at the European level. In effect, the designation of the ECOC has been enlarged to prospective Member States.

Trust in our common values will help us to transgress many difficulties. Development and economic welfare need long-term objectives. Political Parties sometimes have the next election as their priority, instead of a vision of the future.

I sincerely believe in the power of each single person, acting with conviction for his or her beliefs, and this includes of course the presence of women in politics. At the local level, they know about the needs of daily life and, with their creativity, they are able to make change happen.

And finally, creating transnational friendship organizations could help to improve the confidence and trust in your very beautiful country.

In conclusion, I offer the friendship of my own country, which has many expatriates from Albania, and I was very glad to hear recently that a scholarship was attributed to a young lady from Albania studying at the University of Luxembourg.

I thank you for your attention.