Intervention of Flavio Zanonato MEP at the European Parliament 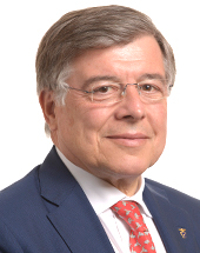 Intervention of Flavio Zanonato MEP at the UPF Conference on "Radicalization and Violent Extremism in Europe: Focus on Prevention" at the European Parliament in Brussels.

It is a pleasure to be here today and to be the host of the first panel of this event here in the European Parliament. I am sure this wwill be a fruitful and interesting discussion, as I believe we are debating about one of the biggest challenges facing Europe (and not only Europe) in the last few decades. I want to thank all the experts that will speak today and all the guests for being here.

The series of recent terrorist attacks, as well as the various failed terrorist plots on European soil, have more than ever reinforced the popular awareness of the vulnerabilities that go hand-in-hand with the open democracies in the European Union. Governments, policy-makers, and politicians in most EU Member States feel the pressure of the population who call for adequate responses to these threats. On July 2017, the European Parliament decided to set up a Special Committee on Terrorism. The remit of this Special Comittee is both broad and demanding: the committee will consult with the main actors involved in the EU institutions and with national experts on counter-terrorism and with specialists in the prevention of radicalisation.

At the end of its mandate, the Special Committee will draw up a report containing proposals for submission to the Council and the Commission. I am not part of this committee, but I will follow closely its work. I believe that focusing only on the security aspects is counterproductive and worthless. In order to prevent radicalization we must create inclusive, more equal and less polarised societies. We need to fight racism and Islamofobia and work on all inequalities. Radicalisation is a complex and dynamic phenomenon based on a series of global, sociological and political factors. It does not correspond to one single profile, and affects men, women, and particularly young European citizens of all social origins, who share the common trait of feeling at odds with society. Because of terrorism and radicalisation, there is much stereotyping of religions, which is bringing up a renewed wave of xenophobia and intolerance. It is important to point out that the perverse misuse of religion is one of the causes of radicalisation. For this reason, one of the first things to do is to clarify that radicalization is not to be associated with any particular ideology or faith, but may occur in any of them.

Schools and education have an important role to play in preventing extremism through the promotion of integration within society and through the development of critical thinking and non-discrimination. Schools needs to teach the fundamental values and democratic principles of the Union. Member States must guarantee that their education systems respect and promote European values and principles. To do that, teachers need to be empowered to take an active stand against all forms of discrimination and racism.

To conclude, I believe that it is vital to engage in an intercultural dialogue with the various communities, leaders and experts, with a view to helping us achieve a better understanding and the prevention of radicalization. Thus, I leave the floor to the experts and I thank you all again for being here today.