Peace in the Balkans: economic considerations 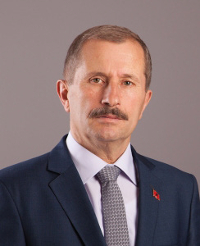 Honourable participants, dear friends and most respected guests. We are all here in Kosovo today to discuss the problems of our modern societies, in Kosovo and elsewhere in the region, and to exchange views regarding potential solutions.

Indeed, we are in the midst of a global crisis, especially an economic crisis that has affected all aspects of our region.

The economy plays an important role in creating a peaceful and prosperous environment. It affects not only the living standard of the people or nation, but also the relations among the people as well as those among nations.

Therefore, when the economy suffers, we feel this suffering not only as individuals, but also in our families, cities, towns and villages, as well as within our nations and in the international relations sphere.

Living in a small country one might feel frustrated when facing such a large scale problems, and this frustration can easily give way to indifference, apathy and pessimism. This is the exact opposite of what we need to extricate ourselves from this situation. The crisis produces pessimism and this pessimism reproduces the crisis in an apparent vicious circle.

The economic crises in poor countries often determine their policy towards their neighbours. It happened in the past and it is happening now that neighbouring states, instead of promoting solidarity, become aggressive toward each other. They expend a lot of energy trying to find historical arguments to justify inequality and implement and guarantee privileges for themselves. In other words, they do this to justify their unjust policy towards neighbouring countries or even their citizens that are minorities in their country.

Albanians, as citizens of ex-Yugoslavia in the past and of Kosovo today, as an independent state, are suffering because of the wrong state policies of Serbia on the one hand, which treated Albanians as second class citizens and the Republic of Kosovo on the other hand, which should be promoting coexistence, cooperation, reciprocity, reciprocal recognition and good relations between our two independent countries.

Only through economic development, good relations based on reciprocity, solidarity and tolerance can we guarantee a peaceful environment and the prosperity of our people and our nation. To convince those that do not believe that such a thing is possible, I would give an example taken from our Albanian traditions, which you might have heard before. It involves the coexistence of different religions. The history of our people, the ethnogenesis of the Albanian Nation, gave to us this very valuable gift.

Albanians live in six Balkan countries. Millions of them live abroad, in the large Albanian Diaspora in Europe, America and Australia. They belong to many religions, the most numerous being Muslim and Christian, both Catholic and Orthodox. A lot of them are of an agnostic background or even atheists. But this is the good part of it because, wherever they are, they live in harmony and brotherhood with each other and with others; they see themselves first and foremost as Albanians.

Religion is of course a very important aspect of their lives, but their national identity enables them to find a shared space, beyond religions. It is not a space of tolerance, as one might think. No, it is a space of cooperation and of coexistence. You tolerate somebody or something that you don't like. But we get along well with each other, so this belonging-together, this shared space, for us is much more and much better than what tolerance could give us. I think this is a good example to be promoted in our region and other parts of the world. To build common spaces that go beyond our differences, without interfering with or denying the differences that exist among our identities. To cooperate with each, to get along well with each other, despite our differences. This works much better than tolerance.

So, even this tiny Kosovo can provide good examples like this one. I am sure that with more meetings like this, exchanging ideas, we can come up with even more examples that can help us to find the way to focus on common elements that can do away with animosity, injustice and inequality and, on the contrary, create a peaceful and prosperous environment.

To achieve this goal, the European Union should help this region, first of all by investing in the education of the young generation by instilling in them the ideals of equality, justice and coexistence. The EU should help by investing in the economy in order to increase the level of employment, which would then have an effect on the living standard. The EU should oppose the hegemonic and discriminating policies of certain states in the region that oppose equality among the peoples and nations, as in the case of Serbia’s official policy towards the Republic of Kosovo and the Albanian minority in Serbia.

To conclude, friends and honoured guests, let me thank you for your attention during this speech. I hope that this meeting will help to overcome the problems of our region and start a new era, an era in which a peaceful and prosperous environment is established for future generations.