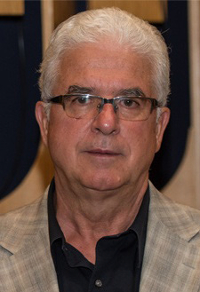 Among these factors, I will concentrate on two of them, not underestimating the significance of the others that cannot be elaborated due to the shortness of time.

First, about the economic factors. The economies of the countries of the region are economies in transition or economies in development. All countries are in the middle income trap with possible paths of entry into the high income phase, as well as stagnation with increasing poverty. Today's high income threshold is $ 12,380 per capita. Croatia has reached that threshold, Montenegro with $ 6,600 today is closest to it, followed by Serbia with $ 5,400, Macedonia with 5,300, Bosnia and Herzegovina with $ 4,300, and Albania with $ 4,200. All countries have foreign exchange deficits and are dependent on international financing. Deep economic reforms are a prerequisite for transforming the economies of the countries into sustainable market-oriented and socially sensitive ones. The uncertainty of reaching the high income threshold is exemplified by BiH, which at a growth rate of 3.5% a year can expect to enter the high income group in 28 years, or in 15 years with a growth rate of 6%.

Second, political factors. All of the countries in the region are oriented towards a market economy through the implementation of capitalism in its various modalities, with the least present being the liberal capitalism model, and the most present being the political capitalism one. The real threat to societies in the region is not created by the neoliberal concept of capitalism, but the political capitalism one based on particracy and political criteria for income distribution at the cost of market criteria. Such capitalism exploits labor and workers, including small entrepreneurs, and favors politically-backed capital owners. In the construction of the economic systems of the Western Balkan countries, models of mixed economy were applied, with differences in power between the public sector and state versus the dominant private sector. Montenegro and Croatia have largest share of public spending in GDP in the region, and Kosovo and Albania the lowest (Albania 28.3%, BiH 42.8%, Croatia 47.0, Kosovo 27.9%, Montenegro 49.2 %% , Macedonia 39.5% and Serbia 43.6%). Strengthening the role of the market necessarily requires adequate government involvement in eliminating these imbalances, but the government must be careful not to intrduce additional burdens due to excessive spending, along with corruption and crime. Politically, a very important factor is the commitment of the countries of the region to Euro-Atlantic integration, whose current orientation is more aligned towards the EU than NATO. EU integration is important for the countries to position themselves in the global economy, using the EU as a mechanism for convergence and for strengthening the competitiveness of the economies of the Western Balkans.

Regional cooperation, as well as every other form of cooperation, is based on the values shared by the actors involved, the competitiveness of the economies, the establishment of democratic social systems and the institutional capacities of the countries for good governance. The development economy, whose aim is to raise the choices of every citizen, sees in regional cooperation the possibility of creating synergistic effects with internal efforts to improve the welfare of people in the region.

Regional cooperation in the region has seen various forms of expansion. We will mention some of them, from the CEFTA Free Trade Agreement of 2006 through the Regional Cooperation Council, the Danube Macro-Region and the Adriatic-Ionian macro-region, the Energy and Transport Community and various IPA cooperation projects. There are also other forms of cooperation through multilateral economic and financial institutions, the association of the economy, the non-governmental sector and other forms.

The main goals of economic integration can be observed in the broad spectrum of stimulating economic growth and employment and the improvement of the living standard of the citizens of the region. More specifically, they can be linked to improving foreign trade, foreign investment, promoting tourism, developing infrastructure, cultural co-operation, creative industries and other activities. Today, they take on the importance of cooperation in the area of migration and protection from the consequences of climate change and other forms of natural disasters.

CEFTA is certainly a form of regional integration that has proved its full potential. In addition to the increase in foreign trade with the countries of the region afforded by the free trade agreement, the creation of new forms of foreign trade has also been achieved. As with all integrations, CEFTA clearly differentiates leaders, challengers and followers. The undoubted leader is Serbia, which alone has a surplus in trade with CEFTA countries. In comparison to 2007, Serbia increased its exports within CEFTA from EUR 1.95 billion to EUR 2.8 billion or by 43.6%, while reducing CEFTA's share of its exports from 30.6% to 18.0 % due to is strong orientation toward the EU and other markets. BiH can be considered a challenger; it has increased its exports to CEFTA by 60.9%, but it has retained almost the same share of about 15% in total exports, in which the EU has a high 71.5% share. The other countries may be considered as followers who did not make use of the CEFTA potential for their growth to such an extent. CEFTA shows, in addition to all the limitations of this short analysis, that exploiting the potential for integration to achieve growth and prosperity depends on the competitiveness and productivity of the countries. Such conclusions will be confirmed by developments in foreign direct investment, the implementation of the 2020 Strategy within the Regional Cooperation Council and all other forms of regional cooperation. That is why it is no surprise that these countries have different views on their possible further development activities. Serbia, for example, is offering a solid integration within CEFTA to create a small Europe in the form of a customs union, an idea to which the other countries have not been particularly sympathetic.

The economies of the countries in the region give the impression that they have been abandoned. The reason for this is the stalling of the economy, especially after the global crisis in 2008. From that year to the present, development has been weak, although there were good strategies and reform proposals. However, they were often derailed because of the politically unstable environment and lack of political will on the part of the governments, who had little or no interest, or lacked the necessary knowledge and skills, to realize a better economic future for the region. Moreover, although everyone agrees that the region has enough resources for greater economic progress, the fact remains that these resources have been "hijacked" by the political elite and that the economy will not flourish until this sistuation changes. The removal of these constraints and strengthening of the leadership could result in the resurrection of the abandoned economies of the Western Balkans, and this is what the people in the countries of the region are hoping for. They expect a revival that opens up real hopes for a better life.

I will show all of this with the example of my country. The approach of BiH to CEFTA in 2006 was based on a vision of export-oriented growth and, therefore, turned out to be a success story. Its access to the Energy and Transport Communities is not based on a particular vision in these areas, since there is no consensus on these issues in BiH, nor is there any readiness to implement energy and transport reforms in line with EU policies and directives. In these areas, the main forms of obstruction are related to liberalization. Unpreparedness for liberalization and the creation of a competitive market is a general problem for all of the countries in the region. The choice between these two alternatives is political: either to go on with the existing state, in which there is no progress in the development of energy and infrastructure, or to change the environment and accept the perspectives of change while improving the situation.

Mr Juncker gave a clear message to us all in his recent address to the European Parliament that we cannot give up on European and regional integration. The alternative to this is preserving the current state of affairs and losing future perspectives for each country and for the whole region. Integration for our region means commitment to reforms, thus becoming part of the whole that creates incentives for competition and cooperation. We need to worry about stagnation, just as we have the right to look forward to success, for each of the countries in the region.

For our countries, it is important to understand the fear of the neoliberal concept of capitalism. Without market reforms we cannot go forward, but it is necessary to prevent market-based fundamentalism that would make our life dependent solely on market success. That is why we need to build a socially sensitive state and institutions that will limit the uncertainty and insecurity of our people, i.e. precarity. This is also necessary for those people who are not capable of competing in a market environment.