The Cultural Dimension of Peace

“Culture and Peace in the Balkans: the Role of Parliamentarians”

The Cultural Dimension of Peace 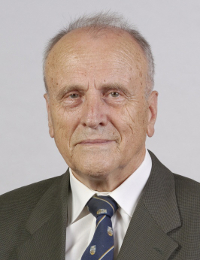 The international peace agenda and the responses developed by the international community have been marked by some fundamental changes. The traditional enmities between states have been increasingly replaced by the values, attitudes and behavioural patterns of citizens which have provided intra-societal divisions. At the same time, the victimisation of armed violence has moved from soldiers to citizens. While in 1905, 95 % of military victims were soldiers, a hundred years later 97 % of the victims of military violence were citizens. Yet this profound change is also defined by the constantly rising role of citizens in non-state violence, militias in civil wars, and terrorism. The citizen has become not only a perpetrator and victim, but also an actor for development and peace.

For this new role and responsibility of citizens for peace, societal cohesion and stability, we must recognize that their capacities must begin in their mind. That is to say that peace and security are defined by the values, attitudes and relational capacities of the human being, the citizen. Authoritarian regimes or monarchies attain order and peace by command and obedience. In democratic societies, however, the relations to the “other”, next door or beyond national boundaries, are defined by the citizen, making the capacity for “otherness” a key challenge for societies and democratic governance processes.

A first important step in the development of a democratic culture of peace is therefore the recognition of the relativity of identities. Identities change and they do so with education, mobility and the emerging new patterns of societal interaction. The proverb “Tell me who your friend is and I will tell you who you are” reflects the fact that relations and relatedness with otherness change our identity and our perspectives on society and life.

At a time when most societies in the world are marked by processes of disintegration, a new approach to societal cohesion is urgently needed. These processes of “societal development” are addressing one of the key tasks of our time regarding our common future. I would like to call it the “fourth pillar” of development, in addition to peace and security, economic and social wellbeing and the sustainable use of our natural and environmental resources. Societal cohesion, inclusion and peace do in fact constitute the basic infrastructure for the achievement of the objectives related to the other three pillars. No economic and social development can take place without societal peace and cohesion. Societies that are victims of civil wars, terrorist attacks and violence are not suitable for investment. A society which does not include the other will not achieve the effective protection and sustainable use of our natural resources.

How then do we initiate societal development towards a culture of peace? Historical achievements and values can be an important starting point. In the case of the Balkans, we have to remember that this region was marked by a society consisting of a plurality of identities, as it continues to this day to be in the case of Kosovo.

The concept of the “nation state” with a society of “blood-identity” and “sameness” became a burden to these societies with their ever broader spectrum of diversity. Vienna is today the home to people of 188 different nationalities speaking more than 200 different languages. Yet in a democratic society, the self-determination of each citizen also touches on the issue of identity. Identity is today subject to change, to development. This is the case with every human being. We are someone else at the age of fifteen, thirty or sixty years. Education and personal experiences enrich our capacities for understanding “otherness”.

In fact, we are able to internalize otherness and have more than one identity. The Carinthian Slovenes have a wonderful proverb of wisdom: “Koliko jezik govoris, tolikokrat ti se clovek”, which can be roughly translated as, “As many languages you know, as many times you are a human being”. It is this pluri-identity personality which becomes an essential linkage in the internalisation of otherness and the building of intra-societal peace and cohesion. The concept of the absolute, non-changing identity condemns people to remain in a state of paralysis, in which they are unable to adjust to and cope with the changing environment and setting for human life and have no perspective of development.

How can we support the human and societal development processes? Is there space for governments? Yes, more than space, there is a responsibility of the governance structures in each country to promote and develop a culture of peace and societal cohesion. All our societies today need programmes of learning about those dimensions of our lives which provide us understanding and capacities for relating with what differs from the pillar of “us”.

First, educational programmes need to pay more attention to the other and provide the young with a more thorough understanding of what is different from us. This must include history and learning about foreign countries; their assets, their cultural achievements and their challenges. We must receive education not only in our own religious faith, but also about other religions. We have to learn languages which are the bridge to otherness. I still speak six languages and know that my laughter is different in Spanish, German or French.

We have different emotional personalities within ourselves. For the globalized world in which we live, our learning must include all continents, their histories, their cultural assets, especially how they have already reached us in pluri-dimensional ways – coffee from the province of Kaffa, Ethiopia, potatoes from Peru and Bolivia, tomatoes and chocolate from Mexico, cevapcici from Kebap in Turkey, etc. Otherness as a source of enrichment, otherness as an asset and not as a threat. The church Holy Sophia – Hagia Sophia – in Constantinople became in the 14th century a core model for the construction of mosques in the Ottoman empire.

The second key dimension of developing a culture of peace in our societies consists of programmes of dignity-building. Enmity, hatred and xenophobia deny human beings their dignity and the affirmation of their right to live. This is particularly pertinent in post-conflict regions and societies. It is pertinent to understand that knowing one’s own human dignity is linked to the development of an understanding of the dignity of the other. Such societal development should be based on an inclusive identity shared by a society of diversity and a shared sense of belonging. What then are the basic elements of dignity-building?

Our societies today have a globally shared system of principles which have become the core constitutional norms at the local, national, regional and global levels – the system of human rights. Human rights are more than legal norms. They provide the core elements for peaceful living together, for respecting otherness and the related plurality of identities. The question is, however, who is familiar with human rights? How can one learn them? The UN General Assembly adopted in 1995 a resolution creating a United Nations Decade for Human Rights Education, followed by the proclamation of an international year for Human Rights Learning.

An informal working group at the United Nations elaborated the societal dimension of our local and global agendas needing development programmes which would enhance societal cohesion and the capacities for otherness. The building of communities in pluri-identity societies should be based on the shared fundamental values of human dignity and equality. The understanding of one’s own and of the other’s human dignity based on the holistic framework of human rights is to be seen as the core element of the societal dimension of our common future.

We have to understand this new term “societal development” and distinguish it from “social development”. While “social” refers to the various dimensions of the productive capacities of the human being and of communities – health, age, education, poverty, employment, hunger – “societal” refers to the relational capacities of a citizen and of a community – capacity for plurality, for acceptance and affirmation of the value of otherness, for the relativisation of one’s own identity, values and visions. “Societal” describes the understanding of one’s own human dignity and human rights and, implicitly, the recognition of the human rights and dignity of the other.

The capacities for otherness and of human rights and dignity require processes of learning, socialisation and education. An effective culture of human rights becomes the defining quality of a community, making it inclusive and providing it with a sense of shared purpose and future. The enhanced empowerment of people through human rights brings a new capacity and commitment of sharing to the public space and for becoming a partner of government in the process of governance. These learning and socialization processes should be launched in all community structures starting with local communities.

The programme of human rights cities has proven to be uniquely successful in peace-building and the creation of a shared sense of community. There are more than 30 human rights cities in all regions of the world marked by enhanced peace, security and community. Rosario, Argentina, was the first human rights city initiated by a woman who wanted to heal the wounds left in the society by the military dictatorship. Korogocho in Kenya provided the migrant tribes of the country with new cohesion and mutual understanding. Vienna, Washington DC and Bihac, Bosnia, are other examples.

The learning of human rights in these cities is achieved by a multitude of educational and learning programmes, including cultural events – Vienna has a human rights film festival and hosted the first international conference on literature and human rights. Human rights learning can, however, also be achieved by such public relations tricks as printing an article of the Universal Declaration of Human Rights on the reverse side of a bus ticket or placing a sticker next to one for Coca Cola in the subway. Human Rights must be assimilated by everybody if we are to achieve a culture of peace.