Our mutual cultural heritage, a foundation for peace and stability in the Balkans 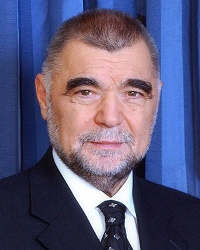 Greetings to all and thank you to the organizers for inviting me to this conference. Today I will speak about our mutual cultural heritage as a foundation for peace and stability in the Balkans, and about peace and security in Europe as a whole, an issue as fascinating as it is sensitive.

Actually, we live in a time period when it seems as though all of the policies of international relationships which were once accepted have been set aside, when power reigns and is used to enforce regimes designed to accommodate particular individuals, while pretending to talk about cultural heritage once in a while.

Why I am saying this? Simply as a warning about the worrying fact that nothing on the world stage is changing in a positive direction today. Certainly, we have had signs – very precise ones – from the new US president that under his leadership the USA will give up on the politics of (regime change?) and that cooperation with Russia is necessary.

Time will tell how much of this policy is realizable.

I wish to remind you about the Conference on security and cooperation in Europe held in 1975 in Helsinki, which at that time marked a turning point for the world, especially for Europe. It was, at least we hope and firmly believe, the starting point for a better and more secure future. Yes, we believed it then, but we were mistaken.

If we look at the Balkan region today, we have the impression that the cold war has been reawakened:

In some areas, it has been forgotten that with the independence of Kosovo, the architectural restructuration of the region has been completed, and that BiH (Bosna i Hercegovina) is a single and inseparable entity.

Some of the main media outlets look as though they are managed by Hitler's infamous propaganda minister, Joseph Goebbels.

We have many internet sites which are – and I won’t hesitate to use the expression – full of garbage, with little objective analysis making it through to the main media, be it national TV or public or commercial stations.

Finally, we have social networks which, under the name of freedom of speech, have become a hotbed of prejudice, stereotypes, lack of information, and – above all – hate. These are phenomena that we are unwilling to talk about, but which we need to pay attention to.

In such political circumstances and climate of misinformation, the key policies adopted at the final European Conference Declaration in Helsinki in 1975 have been forgotten or swept under the carpet. Besides, it is becoming clearer and clearer that the European Union which, whose name is supposed to evoke unity, is becoming more and more divided, without the political will or mechanism required to oust itself from this situation.

The peace that as established in Europe, the biggest achievement of the integration process and which lasted from the victory over Nazism and fascism in 1945 until relatively recently, was interrupted by the bloody wars that divided Yugoslavia.

However, following these wars Europe has entered an era of peace again and remains in a relatively stable state but, alarmingly, it is becoming in big military training centre, creating an atmosphere - which is new for the young generation, but well known to people from my generation – an atmosphere of cold war which is on the edge of becoming an open conflict.

It is clear to all impartial observers that Western Europe is in no real danger of aggression from the East.

Yes, there is a dangerous situation in Ukraine, but the Treaty of Minsk offers a solution. It is important for both sides to keep to its conditions. I emphasize both sides and that each of them must fulfil their obligations.

However, apart from Ukraine and the fear of aggression which might start at any minute, there is one more aspect which we should not neglect and which exists as a serious obstacle to security and stability in Europe. This is the propaganda war, or war of lies and half-truths throughout the media.

Neither South-eastern Europe nor our region is excluded from that.

There are two major victims of that war. The first victim is journalism, because today’s so-called journalism has no connection with the formerly honest and respected profession. The second victim is the civilians who, on the one hand, are deprived of key information and, on the other hand, without being aware of it, are more and more exposed to manipulation.

In summary, the only and real victim of the propaganda war, behind which are governments and intelligence services, there should be no illusions that the only victim of this war today is the security and stability of Europe, but tomorrow it may also be peace. We should say this clearly, because it is true for our region as well.

Faced with the consequences of this dangerous and abusive political climate, Europe is slowly but definitely sinking into the whirlpool of rightist populism. I do not agree with those who talk exclusively about euro-scepticism, although we have to admit that it is the European project itself, in the way it has been developing over the last few years, is provoking this scepticism.

Rather, I am talking about that scepticism which is a mask for hidden forces inspired by the dark pages from the European history of 20th century. We should not be silent about this, but clearly speak out about it!

If we notice that kind of danger in one country, we should be honest and politically farsighted enough to recognize it in the others as well. Otherwise, our short-sightedness will lead us astray.

And now I want to emphasize once more that Europe needs a new, possibly more precise, security system. This means that we should return to the strict respect of international law and to the almost forgotten principles laid down in the final act of the Helsinki conference.

In brief, what I want to say is: security in Europe is not something we will attain by piling up weapons and armies, demonstrating power and mobilizing the public around the need to defend ourselves from an invented enemy.

No, security in Europe can only be attained under conditions of full equality of independent countries, restraint in the use of power, settlement of disputes without violence, non-interference in the inner affairs of other countries, rights for self-determination and the fulfilment of international commitments.

Returning to the Helsinki accords and escaping from today’s disturbed and forgotten principles of international relationships looks like a painful or impossible process when we look at the actual state of affairs.

However, there is no alternative in the Balkan region but to come to the realization that our shared mutual cultural heritage is the foundation we need for peace and stability.

There is no alternative to our European identity and to the new knowledge and technological innovations it can provide.

There is no alternative to cooperation between Europe and Russia in the project of European unification, even though it looks to be so far away.

Finally, there is no alternative to multiculturalism and interreligious dialogue, tolerance and the acceptance of differences as a source of richness, not as an argument for excluding anybody from anything.

Do we have the legitimacy to accept such as alternative? Definitely not!

That is why in today’s circumstances, we need to repeat more loudly and clearly than ever in the past that the way forward requires us to adhere strictly and simply to the principles of cooperation, mutual trust and understanding.

Thank you for listening!