Intervention of Mr. Joseph Busha in the Think Tank 2022 Forum 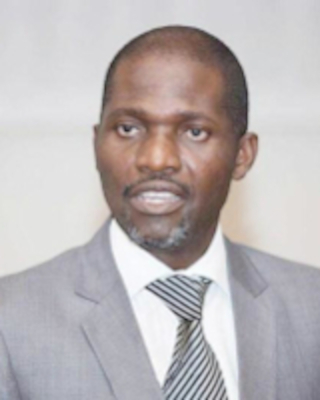 First, I thank Father and Mother Moon, the Co-Founders of the Universal Peace Federation for their vision and foresight. Second, I am grateful for the opportunity given to me to participate at this Think Tank 2022 Global Forum Virtual Conference themed “Toward Peaceful Reunification of the Korean Peninsula”. And I present on “Economic Proposal to Open and Facilitate the Relationship of North Korea and the World”.

Peace is the umbilical cord for unity, togetherness, harmony and love. The history of North Korea is linked to that of South Korea and the Korean Peninsula surrounded by China, Russia and Japan – all great nations of the world.

The relationship between North Korea and the world is well documented – cold, warm and hot. There are 197 countries adding Taiwan and Kosovo in the world with 193 being member states of the United Nations (UN). North Korea is an observer member of the UN, a full Member of the Non-Aligned Movement, Member of the Group of 77 (G77) – a coalition of 134 developing countries, and member of the Association of South East Asian Nations (ASEAN) regional group.

North Korea has diplomatic relations with 166 countries out the 197, and has embassies in 50 countries. It does not have good relations with the USA, Israel, Japan and Taiwan. It has stronger ties with China and a lukewarm relationship with sister-country South Korea.

North Korea borders China and Russia to the north and South Korea to the south – all great developed nations. Japan, the third largest economy after the US and China, is a neighbour still unhappy with events of the past. North Korea is the least developed country of its neighbours. Why?

To put the disparity in social and economic development into perspective, I provide a comparative statistical review of North Korea and South Korea.

From the numbers South Korea has double the population, but that does not tell the story of individual wellbeing - how the economy is doing and how the people are living?

Now, I return to the question posed earlier. Why is North Korea the least developed country of its immediate neighbours China, Russia, South Korea and Japan?

There are many reasons among the following:

The status quo has been like this for a long time. Now it’s time to open up, put forward economic and socio-political reforms that will change the course for the better.

The strength of social cohesion within a country, social ties with other countries and economic performance make a country great, developed or weak, underdeveloped.

The following proposals might help enhance economic trade and diplomatic relations and also the integration, of North Korea and the world.

Let’s give peace a chance.