Intervention of Ms. Lejla Hasandedic-Dapo in the Think Tank 2022 Forum 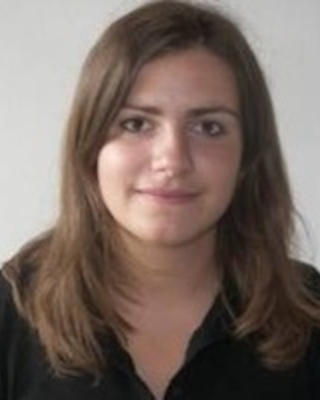 Greetings of Peace everyone,

It is my great pleasure and honour to be on this webinar with other distinguish speakers and to be with all of you today. Also, I want to express my gratitude to the organizers for inviting me.

When I first received an invitation to be part of this webinar and when I read the topic “Can Peace be achieved by Human Means Alone – Ending 70 Years of Painful Division on the Korean Peninsula?”, I was hesitating to accept the invitation, because I come from a completely different part of the world and my knowledge about the Korean Peninsula is limited to the information that I hear or read on the news. So, I thought that I won’t be able to provide any meaningful contribution to this discussion.

But then I read the first part of the title again “Can Peace be achieved by Human Means Alone?” and I immediately remembered how I became a peacebuilder.

So instead of trying to deliver a speech based on peacebuilding, dialogue theories or interfaith work, I want to share my personal story. It is the story of a child that grew up during the war in Bosnia and Herzegovina, in a divided city and in a divided country. A child that believed and dreamt about peace while trembling of fear in the basement trying to survive another day thinking about those enemies from the “others side” of the streets and walls that were dividing us.

Sarajevo in 1992 was a city under siege. It was not a place you wanted to be, and definitely not a place you wanted your children to be. Yet that was where I was at the beginning of the war and, together with my grandmother, I left on the last bus to get out of the city before the siege hardened. My parents were waiting for me in Mostar, the city famous for its beautiful 16th century bridge. There had been very little communication between the two cities in the preceding months and for a time my parents thought that I had died in Sarajevo. When I came to Mostar, the war had not yet started there and we were supposed to be safe. But a few weeks later, the conflict that was gripping the entire territory of Bosnia-Herzegovina reached us.

So, I grew up during the war in Bosnia and Herzegovina (1992-1995), living in the divided city of Mostar (the city was divided between the Bosnians, who are mainly Muslims, and Croats who are Catholics). I was living in different dark shelters, hiding from shelling and gunfire, constantly worrying about whether my relatives and loved ones were still alive. Living in constant fear, I developed a lot of stereotypes and prejudices about those from the “other side” and I hated people from other national and religious backgrounds.

When I started going to elementary school, the school system in Bosnia and Herzegovina was completely segregated along ethnic lines. I didn’t have the chance to meet my peers from other national or religious backgrounds. But I went to an experimental secondary school where Bosnian and Croat children studied under the same roof and this concept of school was and still is called “two schools under one roof”. We followed separate curricula and had different teachers, but we were in the same building. The two ethnic groups, Croat and Bosnian students, remained separated most of the time, because the school authorities were concerned about the potential conflict. This started changing when students from both ethnic groups set up a student council that I was a part of.

One of the most important and symbolic activities of the student council was crossing the Old Bridge of Mostar. The Old Bridge was built in the 16th century and is one of the most famous places in Bosnia and Herzegovina. It was destroyed during the war but rebuilt following it. The bridge is in the Bosnian section of the city and, therefore, many Mostar residents of other ethnic backgrounds had never set foot on the bridge.

On that day, I met a boy whose father was a solider during the war. I learned that he was responsible for the death of my grandmother during the war. That was heart-breaking for me. I was overwhelmed by negative emotions and hatred. I didn’t know how to react and what to do. I was overwhelmed by all the emotions, but also deep in my heart, I knew that this was a huge step for him and that this was great opportunity to practice peacebuilding by setting your own example. We talked for a long time, and, after our conversation, I decided to forgive him and his family. I discover the powerfulness of forgiveness and, on that day, we both agreed to continue building a better community for future generations. And this was the beginning of my peacebuilding journey and inner transformation from a person who hated others to someone who is forgiving and building a better future for generations to come.

From that day forward, all of the young people from varied ethnic backgrounds who cross the Mostar Bridge in solidarity become bridge builders who are making a difference. Every time they cross the bridge together, they become the bridge.

When I think about the Korean Peninsula, I think about all those people, especially the children and young generations who are living in divided communities without the chance to meet those from the other side, to cross the border and bridges in their minds and to discover the beauty of human connections and peacefully living together.

But at the same time, I remember my own example and the powerfulness of the human connection, personal stories, opening your mind and hearts, of discovering that we are all human beings with similar fears and needs and that, if we all come together despite the complicated political and social situation, we can change the world. Because all these small steps in the end make a big change.

Being empathic, putting yourself in the shoes of others and keeping in mind that every religion promotes forgiveness for the sake of peace is a good first step toward overcoming the division. And to answer the question form the title of this webinar “Can Peace be achieved by Human Means Alone?”. For me the answer is yes, maybe that is the only and most powerful way to achieve peace, not only on the Korean Peninsula, but also in the whole world.

Therefore, I want to invite you all to do your part today, to go outside of your comfort zone, to meet somebody form the “other side” and to become the change that you want to see in the world.

Thank you and God bless you all.