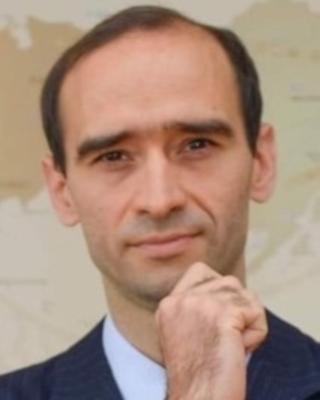 It is an honor and pleasure to meet everyone of you here, because you are taking an interest in what is happening on the Korean Peninsula. In the time of rising pressure of race discrimination, you are here to share your love and care about a nation pretty far from Europe and the Middle East.

But why are we here? Why are you starting to take an interest in Korea? I don’t know. We all have our own story, but these days, the world really likes Korea. Why? Perhaps because of BTS, Blackpink, Samsung, LG, Hyundai or maybe Sonny from Tottenham Hotspur? I think even 5-6 years ago, Korea wasn’t a big issue as it is today.

So, if you ask, “What do you think Korea is?”, People would answer all these things and also they would say the name of the North Korea leader. They will make a not really funny joke about trying to compare South Korea to the North. This joke is not funny, not because South Koreans are proud of themselves, but because these two countries were originally one and it did not intend to be compared with each other anyhow.

Everyone knows that South Korea and North Korea were a united country for 4930 years. Let’s say one family lives together 50 years and 50 years is 100%, then this represents almost 49 years together and only 1 year apart from each other.

Just think. You live a dramatic family life, you fight giants together, you win and lose together and then, boom, you break up and decide to never see each other after 49 years of living as one. I don’t know about you, but I would be 100% sure that this family will become one again very soon, because you just can’t leave each other after such a long time together.

I came to Korea in 2010 and have lived a happy and safe life here. I have 5 kids and a beautiful Korean wife. I happen to live in a city called Gwangju where you can meet a lot of refugees from North Korea. There are plenty of social centers that help them to start their new life in South Korea and, somehow, I got in touch with these centers and the people there. They are in pain. These people are in pain, even though they are still in their own homeland. Even though there is no wall, there is no secret police, nothing can harm them, they still feel fear. After I started to learn Korean history, I realized that all of the Korean Peninsula belongs to the Korean nation and now they are on their land, but they still live in fear. Why?

It is due to insecurity, fear of the government, fear of the regime. But I believe that there is something that goes beyond politics and that is blood, the Korean blood, in their veins. This blood knows its heroic past. They have amazing DNA (everyone from the Korean peninsula), and the first task is to bring unification to their hearts. Unification is happening every day. Not between the politicians, but in the circles of regular people. The refugees felt at home here in the south and the South Koreans find themselves responsible for peace and a good relationship. There is no fighting between regular people. In fact, it is almost impossible to notice that he or she is a refugee and, even if it happens, there is no discrimination at all. Within 10 years, I never saw it and never heard of it. The people are unified and are one. The two different cultures that were formed within the last 70 years are an issue and the two different political views are a challenge, but this challenge is not something that we can’t take on.

These days, regular people play the main role. Just look at Tik Tok! You can become a star even if you are a regular person. The Internet has given us more instruments to have our voice heard. Also, it is much easier to be as one.

Now let’s talk about the business. Why Korea? I mean we have challenges in Sudan, have something to say about the Crimea issue and the relationship between China and Taiwan, and, of course, the crisis in Palestine. We might think that Korea is less important. So, would it not be better to listen Blackpink. No!

The heart of every of K-POP star is in pain. Did you know that? All of the founders of Samsung, Hyundai and LG, they are in pain, they are broken. They are not ok. They can pretend and make a happy face, but they are not okay. The 75 million of the Korean Nation (South and North), they are not okay. They are actually broken and sometimes feel very lonely, because not everyone sees their pain, because South Korea has achieved success while North Korea has closed itself off from this world like a teenager who shuts him or herself in their room after his or her parents fight.

Aha! Somebody else! And this somebody else need to fix situation. Do you know that it is our fault? This is because back in the beginning of the 20th century we were so weak and careless about the destiny of Korea, and only in the last moment, in 1950, did we decide to help, with the democratic world coming together to help a democratic country, which is a good thing. However, the fact is that we lost Korea well before 1950.

I believe that we are one family and, as family members, we see our brothers in pain. Let us say that at that time we didn’t have the internet and we didn’t have the necessary resources and so we failed in that situation, but now we have everything we need to restore the situation. How?

These days on the internet we gather around stars and famous people. However, these famous people don’t need our help, whereas the Korean Peninsula does. Many of them have enough money to survive for the rest of their days, so we can pay less attention to them and more to those in real need. I think BTS would be ok with that. So, we can make a movement that focuses on doing it for BTS. If BTS fans would help us, we can change the planet. If Justin Bieber fans would join us, we could do many things. And then they can make songs not only about fake love, butter or peaches from Georgia! We would hear songs about peace and unification. We need it and we can do it.