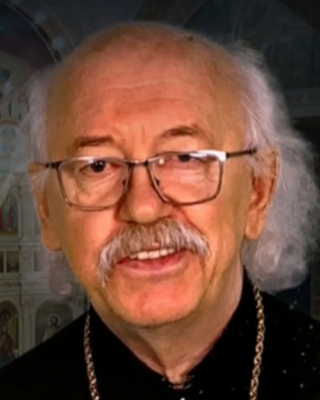 Respected participants of this webinar,

Let me, as a participant of Orthodox faith, share my ideas about what it is important to be aware of today at the beginning of the process of unification of the two Koreas. Indeed, a new era of peace is dawning and new hopes are emerging. But we need to soberly assess the situation, because it is not so easy to overcome so many decades of separation.

One of the main issues, in my opinion, for Christian mentality and for religious mentality in general, is that it will be a clash between a society with an atheistic ideology and a rather religious society, with active Christianity and other religions.

And from the Russian experience, some comments should be made regarding this situation. After the liberalization of political life in Russia in 1991, a lot of opportunities opened up for religious preachers from all over the world. And in Russia there was a large influx of both Christian and non-Christian religious movements.

A society that long existed with an (imposed) atheistic ideology had the experience of meeting religious preachers. And here it turned out that there is a problem - the problem of freedom of conscience. Many thought that as soon as people were told some moral norms and values ​​and told that these were commandments and that they needed to be followed, the society would be transformed. But they forgot that this is possible only if a person accepts these values ​​as his own – in his/her heart, with faith, with all his or her being - and freely, not because he or she is told to live according to these commandments.

Given this circumstance, it must be recognized that one of the main tasks in the process of unification is the organization of the life of society, so that it exists in the culture of peace. Peace is a value, both for Christians, for representatives of other religions, and for non-religious people. Today, humanity is facing a choice that has to be made: to confront threats and to act creatively so that these threats do not materialize: be it a pandemic, or a world war, or environmental disasters. And such global problems oblige us to unite. All people for whom these threats are real must cooperate, regardless of their confessional or ideological background.

And I remember how a quarter of a century ago I, one might say, struggled with the influx of new religious movements, which was natural. But today I understand that there are controversial religions, there are people who are deeply convinced and sincerely believe in what is unacceptable and alien to me, but they exist and I need to work and cooperate with them.

This is because when there is a flood or a house collapses, and we are clearing the rubble, we do not think who is the person next to us, what are his convictions or religion, we just work in solidarity, solve problems together.

And it is important to realize the need for religious pluralism … Unfortunately, pluralism is sometimes misunderstood in our country, people consider it to be an indifferent mixture of incompatible beliefs – but in reality it is an admission that there are other religions, and this reality must be accepted.

And such things as freedom of conscience, religious pluralism - they are largely revealed to people who remember that man was created in the image and likeness of God. This understanding that man was created in the image and likeness of God, common both in the Jewish and Christian traditions, based on the Old Testament and the New Testament, oblige us to recognize that all people, regardless of their enlightenment and beliefs, carry the image of God inside themselves. This is their potential that allows them to find the truth. And that is why it is very important to create opportunities for spiritual and moral enlightenment through different projects. The projects that will contribute to developing a culture of peace in the process of uniting the two Koreas. Because these are two societies that have matured in different cultural models, and this fact, of course, will have its own impact on the future. But for the success of religious preaching, and for the success of gaining a reliable peaceful coexistence, free from political and economic conflicts, it is very important and necessary to help especially the young generation to integrate into this culture of peace.

And there is the angelic massage that we read in the New Testament: "Glory to God in the highest, and on earth peace, good will toward men" (Luke 2:14)

We should pay special attention to the phrase "goodwill toward men", this is a Slavic text, it is often translated into modern Russian as "people of good will", in other languages, of course, there might be some peculiarities of translation.

What is behind the words "people of good will"? It seems to me that this is precisely about the fact that all those who profess peace as a value, a fundamental value, are called to work together, to be in solidarity.

And this explains my participation in the conference organized by the UPF. This is something that a quarter of a century ago I could not afford, fearing how I will conduct a dialogue with those with whom I disagree. And today I am deeply convinced that every chance should be used for cooperation.

And in the process of reconciliation between North and South Korea, this topic will be relevant all the time: how to hear a person with different convictions, how to share your faith with him, how to answer questions about our hope - this is a serious peacekeeping task, because peacekeeping is not only a process of ending bloody wars, but it is also a deeply active work for preventing conflicts. This work includes huge activity in the sphere of education in the culture of peace.

Let's hope that the experience, sometimes even the negative experience of other societies that have gone through such trials, will be useful. I say this on the basis of my engagement for more than a quarter of a century in studies of missiology, thinking about what are the tasks of religious communities in modern society.