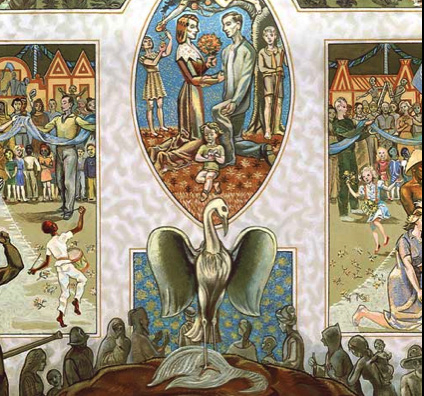 Member states of the “Core Group of the Family Initiative” in Geneva sponsored a photo exhibition at the Palais des Nations from February 23 to March 2. The theme was, "The Family is at the Heart of the United Nations," referring to the centerpiece of the large, colorful tapestry that has hung on the wall of the Security Council Chambers in New York since 1952. Its message of hope unites justice, truth, human progress and a UN-led future peace by the nuclear family.

The Geneva exhibition featured nearly 30 photos from around the world, highlighting the role that families play in global efforts to achieve the 2030 Agenda for Sustainable Development. HE Ambassador Yury Ambrazevich of Belarus, HE Ambassador Amr Ramadan of Egypt and HE Ambassador Alexy Borodavkin of the Russian Federation presided over the opening ceremony, with the support of the Permanent Missions of Bangladesh, China, Cote d'Ivoire, El Salvador, Mauritius, Morocco, Qatar, Saudi Arabia, Tunisia and Uganda.

In addition, on February 23rd, as called for in the most recent “Protection of the Family” Resolutions, A/HRC/RES/32/23, adopted on July 1st, 2017, a full-day inter-sessional seminar was held in Room XVI on “The role of the family in supporting the protection and promotion of human rights of persons with disabilities.”

Opening remarks were delivered by HE Sheika Hessa Khalifa bin Ahmed al-Thani, former Special Rapporteur on Disability of the UN Commission for Social Development. Thematic discussions of the day included "Roles of families as caregivers and supporters of persons with disabilities for the enjoyment of human rights" and "Challenges faced by parents and family members.”

As stated in the resolution, there is concern “that the contribution of the family in society and in the achievement of Development Goals continues to be under-emphasized and in recognizing the potential of this contribution to national development and to the achievement of major objectives of every society and of the United Nations.” Recognizing the important role that families play in caring for and supporting persons with disabilities, the High Commissioner and all other relevant international and regional human rights mechanisms are therefore invited to "pay due attention in their work to the implementation by States of their obligations... to provide protection and support to the family as the natural and fundamental unit of society.”