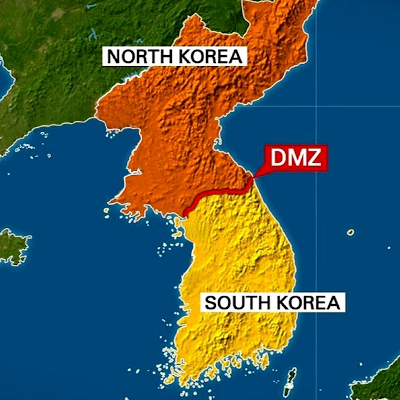 Toward an Alliance for a Unified Korea

The Korean War began in 1950, 70 years ago. The war concluded not with a peace treaty but with an armistice, leaving the once unified Korean peninsula divided, despite being populated by a people with a common history, culture, and language. There were approximately 3 million fatalities as a result of the Korean War, sometimes known as the “forgotten war.” The fate of the peninsula has been controlled not only by the people themselves, but by the wider geopolitical environment, known for decades as the “Cold War.”

UPF’s Northeast Asia Peace Initiative is dedicated to the peaceful reunification of the Korean Peninsula. With this in mind, UPF organizes a variety of programs that bring together leading experts from a wide range of professional fields—government, academic, civil society, faith-based organizations, the media, business, and the arts---to explore the prospects for improved relations not only between the two Koreas, but among the other stakeholder countries of the region.

Over the next two years, 2021-2022, UPF will carry out a very ambitious slate of programs  and projects for peaceful reunification, working through the primary associations of UPF --- ISCP, IAPP, IAPD, IMAP, IAAP, IAED, IAFLP, IAACP. This initiative, a kind of “virtual think tank” will take shape through a series of programs, each exploring ways to move from a frozen conflict toward a relationship characterized by mutual respect, cooperation, and eventually reconciliation between the governments and the peoples of the two Koreas.

Korean Peninsula Webinar Series: The Korean Reunification Webinar Series, carried out by the global network of UPF Chapters across the world in 150 nations, will not only raise awareness of the problem, but it will result in a variety of recommendations that may be proposed and eventually carried out.

ILC2021: Each UPF Region will convene a virtual ILC on the topic of the peaceful reunification of the Korean peninsula, including sessions that feature each UPF Association, resulting in a call to action through a proposal to establish expert working groups and an Alliance for a Unified Korea.

World Summit 2021: We hope to be able to convene a major World Summit, following the pattern of World Summit 2020, convened in Seoul, Korea last February, with more than 10,000 participants, and leading experts from every sector. Selection of the venue will begin in early 2021, including prospects for convening in either one of the two Koreas or other major stakeholder nations.

For many years the founders of UPF, Dr. Sun Myung Moon and Dr. Hak Ja Han---both of them born in North Korea---made strong efforts to promote reconciliation between North and South Korea. Thirty years ago, they made a historic visit to North Korea and met with then President Kim Il Sung to discuss prospects for reconciliation. That meeting resulted in a series of projects carried out in North Korea.

In 1998, the Little Angels Children’s Folk Ballet of Korea performed at the Pyonghwa Performing Arts Theatre in Pyongyang. At that time, Mr. Byung-hwa Cho, Chairman of the National Academy of Arts, said: “The Little Angels did a great job of warming up the hearts of the people here. I hope this will warm up the political leaders in the North and South as well so that a wonderful climate for national unification can be created.”

For several weeks, beginning in September 2003, groups of South Korean tourists flew directly from South to North Korea for five-day visits. These were the first South Koreans to visit Pyongyang purely for the purpose of tourism. For many of them, especially those whose homeland is the northern half of the peninsula, this was not an ordinary vacation.

On several occasions, volunteers of the Universal Peace Federation sent humanitarian aid to the citizens of North Korea. For example, in 2013, UPF-Europe sent five shipments of medical supplies donated by Germany, Spain and Norway for a North Korean children’s hospital.

These are just a few examples of UPF’s work as part of the Northeast Asia Peace Initiative.

The Universal Peace Federation considers it highly desirable to use all opportunities available for developing various kinds of economic, cultural, athletic and humanitarian projects and exchanges with North Korea as a means to engage Pyongyang, promote mutual trust and advance the integration of the country into the world community. The role of NGOs is very important from this perspective.

One of the proposals which UPF advocates is the concept of “peace zones,” which was first introduced in 1947 through the UN Security Council Resolution 181 to promote peace in Jerusalem.

During their speeches at the United Nations in 2000, UPF’s founders proposed the establishment of “peace zones” in regions where serious conflict exists, citing the DMZ dividing Korea as an example. A peace zone would serve as a basis for ongoing negotiation, management of refugees and internally displaced people, and the development of industrial and trade zones that promote economic growth and partnership between nations or territories.

In order to support the process of a peaceful reunification of Korea, the Universal Peace Federation has held a number of NEAPI forums and fact-finding tours in Washington DC, USA, Tokyo, Japan, Vladivostok, Russia and Seoul, South Korea.