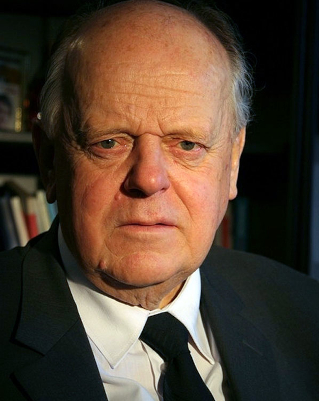 UPF-International—Our heartfelt condolences go out to the family and friends of Dr. Stanislav Shushkevich, the former leader of Belarus. Born on December 15, 1934, in Minsk, he passed away at the age of 87 on May 3, 2022.

After Belarus declared its independence from the Soviet Union, Dr. Shushkevich served as its first head of state from August 25, 1991, until January 26, 1994, when he was defeated in the presidential election by Alexander Lukashenko, the current president.

On December 8, 1991, together with Russian President Boris Yeltsin and Ukrainian President Leonid Kravchuk, Dr. Shushkevich signed the Belovezh Accords, which ended the Soviet Union and replaced it with the Commonwealth of Independent States.

As a scientist, he leaves a towering legacy. He was a member of the Belarusian Academy of Sciences, a doctor in physics and mathematics, the recipient of various state awards, a professor and the author and originator of textbooks and over 150 articles and 50 patented inventions.

Dr. Shushkevich and his wife, Irina, also a physicist, married in 1976 and became parents to a son, Stanislav, and a daughter, Elena.

Dr. Shushkevich was an early member of the Summit Council for World Peace, a forerunner of the Universal Peace Federation (UPF), and in 1994 served as conference co-chairman of the Second World Peace Conference. The keynote speakers of the conference were Mikhail Gorbachev, the final leader of the Soviet Union, and UPF co-founder Rev. Dr. Sun Myung Moon.

As a patriot and politician, Dr. Shushkevich supported social democratic reforms and advocated UPF’s integrated approach to world peace through the promotion of interdependence, mutual prosperity and universal values.

Dr. Thomas G. Walsh, UPF chairman, called Dr. Shushkevich “a valuable member of UPF’s Presiding Council. A man of conviction and intellect, he will be forever remembered and appreciated.”

The video link above is Dr. Shushkevich speaking at a forum hosted by Harvard University's Davis Center for Russian and Eurasian Studies on the topic, "The Dissolution of the USSR: 25 Years Later," Dec. 22, 2016.